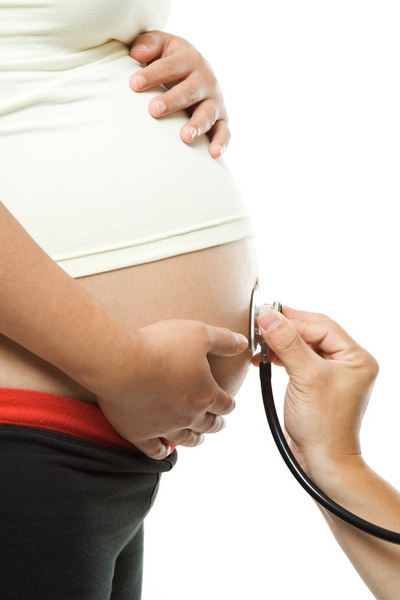 Pregnant women with a body mass index (BMI) that is too high or too low are more likely to have maternal complications, require additional hospital care and incur higher medical costs, according to a new study published today (18 September) in BJOG: An International Journal of Obstetrics and Gynaecology.

The study was carried out in collaboration between researchers at the Universities of Edinburgh and Aberdeen, and the Information Services Division of NHS Scotland. It used routine obstetric records in Scotland, between 2003-2010, to investigate the impact of pregnant women’s BMI on clinical complications, the number and duration of hospital admissions and short-term healthcare costs to the NHS.

Data from the analysis showed that the risk of maternal complications increased with BMI and, when compared to normal weight women, severely obese women had a three-fold increased risk of hypertension (2.6% vs 7.8%) and gestational diabetes (0.1% vs 3%).

Furthermore, when compared to normal weight women, all other weight categories showed an increase in the duration and number of maternal hospital admissions required after the birth. Underweight women had an 8% increased risk for admission, while overweight, obese and severely obese women’s risk grew substantially more, 16%, 45% and 88% respectively.

“Our data demonstrates that both high and low maternal BMI are associated with increased risk of complications during pregnancy, increased numbers and duration of maternal admissions and higher health service costs.

“These findings further highlight the need for local and national government in Scotland, and other developed countries, to implement fundamental strategies that will help reduce the prevalence of obesity.

“Longer term benefits of reducing maternal obesity will show improvements, not only in the health outcomes of mothers and their babies, but the workload and cost to current maternity services.”

Mike Marsh, BJOG editor-in-chief, added: “We know that maternal obesity is a big problem in the UK, significantly increasing the risk of adverse medical outcomes, such as gestational diabetes, hypertensive disorders, stillbirth and admissions for further specialist care.

“This study further validates this, highlighting that unhealthy maternal weight causes major problems not just for the risk of adverse birth outcomes but for the maternity health system generally.

“It is vital that women understand the importance of maintaining a healthy weight prior to conception, not only to reduce the risk of future pregnancy complications, but also the need for further specialist care for the them and their baby as well as longer term health improvements. Any women with concerns over their weight during pregnancy should seek the advice of their midwife or GP.”