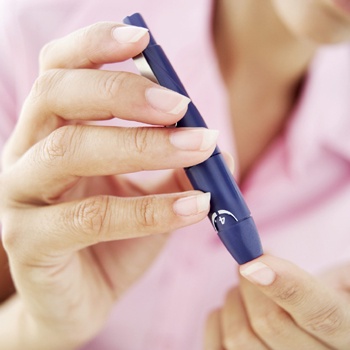 Diabetic patients could benefit from a breakthrough that enables scientists to take cells from the pancreas and change their function to produce insulin.

The research could reduce waiting times for patients with Type 1 Diabetes who need islet cell transplants. These transplants are carried out to prevent life-threatening complications resulting from diabetes, such as seizures resulting from low blood sugar levels.

Islet cells – which occur naturally in the pancreas – produce insulin, which enables the body to store glucose. However, not enough of these cells can be provided by a single donor for a successful islet transplant to take place.

This means that patients can wait months before a second pancreas becomes available so that a sufficient number of islet cells to be transplanted.

The breakthrough, published in the journal Diabetes, could enable pancreatic cells – other than islets – to be developed in the laboratory for transplant operations.

Only one pancreas donation would be needed to enable the successful transplantation of insulin-producing cells, which would save months waiting for a second donor to become available as well as make more organs available for other patients

This would involve an islet cell transplant once an organ becomes available, followed by a second transplant soon after when enough pancreatic cells have been developed to produce insulin.

The effects of the operations would also be longer lasting than currently as more cells would be transplanted.

Islet cell transplants are given to Type 1 diabetics – who are unable to make insulin and are dependent on insulin injections – to treat severe hypoglycemic unawareness.

This condition can cause potentially fatal seizures as patients have no warning signals that their blood sugar has reached dangerously low levels.

Almost 20 per cent of patients with Type 1 diabetes suffer from hypoglycemic unawareness.

John Casey, of the University of Edinburgh and also lead clinician for the National Islet Transplant Programme in Scotland, said: “There is a shortage of organ donors, which is not helped by the need for two pancreases to be donated to treat each patient. Developing previously unusable cells to produce insulin means that fewer donors would be needed, which would make a huge difference to patients waiting for transplants operations.”

The research was funded by the Medical Research Council.

Professor Kevin Docherty, of the University of Aberdeen, said: “This is an example of how reprogramming, - the ability to change one cell type into another - can have a huge impact on the development of cell based therapy for diabetes and many other diseases.”

An islet cell transplant programme was introduced in the UK in 2008. Since then, over 90 islet transplants have been successfully carried out in the UK with some patients now completely free of insulin injections.