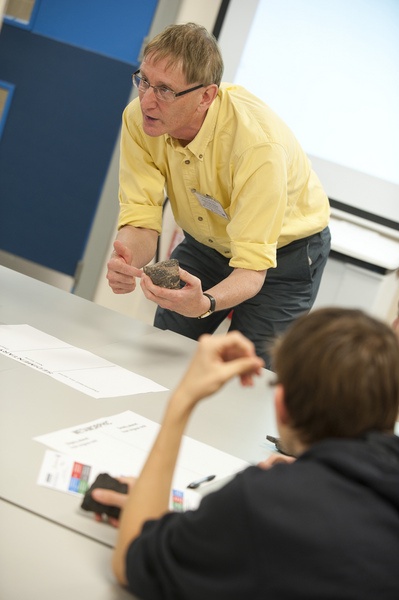 Secondary school pupils throughout Aberdeen City and Shire are to delve into the world of oil and gas as they embark on a project which will see them use their skills in physics, maths, chemistry and geology to solve an industry challenge.

TechFest's STEM In The Pipeline will be launched at the University of Aberdeen tomorrow (Friday), with an introductory day for the pupils and energy industry professionals, who will act as mentors.

Supported by BP, Chevron, E.ON Exploration & Production, ConocoPhillips, Senergy and the University of Aberdeen, the programme will see 16 teams of senior pupils being set an oil field challenge to work on over the next few months, culminating in a final event in December.

They will work with their mentors and gain a valuable insight into careers in engineering and the oil and gas industry as well as undergoing significant development in their interpersonal and team skills.

Friday’s introduction will see the pupils attending four hands-on workshops in geology, drilling and reservoir, finance and processing and start working together in their newly formed teams.

TechFest is a charity based at the University of Aberdeen which aims to promote science, technology, engineering and mathematics (STEM) activities to young people and the wider community.

TechFest STEM co-ordinator, Chloe Cruden, said: “The STEM in the Pipeline project is a great way for secondary school pupils to put all of their knowledge and skills into practice to solve a problem which is relevant to the oil and gas industry.

“Along with the support of mentors and academics, the students will come together in small teams and each spend more than 40 extracurricular hours working on their project, which they will then present to the judges in December.

“Year on year the students excel in this project and always demonstrate very high levels of passion, intelligence and ingenuity.”

Teams will be expected to work together and take part in a challenging series of tasks to produce a Field Development Plan for the fictional STEM oil field.

After submitting a report to TechFest, each team will give a presentation to a panel of assessors. They will then be awarded prizes and given certificates.

Pupils who take part in STEM in the Pipeline will also be eligible for the Silver CREST Award, Britain’s national award scheme for work in the STEM subjects.

Each year, TechFest runs the highly popular TechFest In September festival which attracts tens of thousands of children and adults to a series of STEM based events in and around Aberdeen City and Shire

This year the festival returns for its 20th anniversary – 20 days celebrating 20 years – and is set to attract around 25,000 visitors between September 13 and October 2.