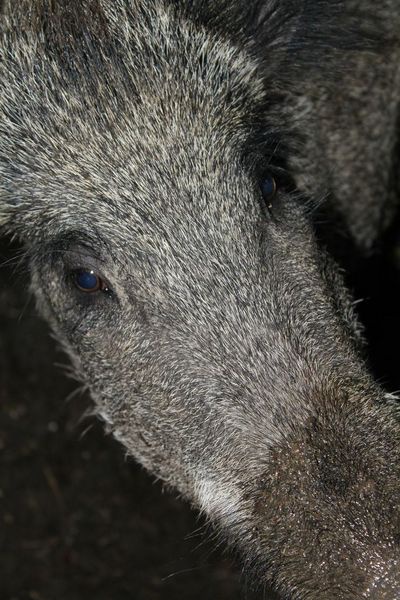 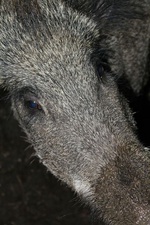 European hunter-gatherers acquired domestic pigs from nearby farmers as early as 4600BC, according to new evidence.

The international team of scientists, including researchers at Aberdeen and Durham universities, showed there was interaction between the hunter-gatherer and farming communities and a ‘sharing’ of animals and knowledge. The interaction between the two groups eventually led to the hunter-gatherers incorporating farming and breeding of livestock into their culture, say the scientists.

The research, published in Nature Communications today (27 August), gives new insights into the movements of early humans and the transition of technologies and knowledge.

The spread of plants and animals throughout Europe between 6000 and 4000BC involved a complex interplay between indigenous Mesolithic hunter-gatherers and incoming Neolithic farmers but the scale of the interaction and the extent to which hunter-gatherers took ideas from their neighbours remains hotly debated.

The researchers say previous evidence about the ownership of domestic animals by hunter-gatherers has so far been circumstantial.

Lead author, Dr Ben Krause-Kyora, from Christian-Albrechts University in Kiel, Germany, said: “Mesolithic hunter-gatherers definitely had dogs, but they did not practise agriculture and did not have pigs, sheep, goats, or cows, all of which were introduced to Europe with incoming farmers about 6000BC. Having people who practised a very different survival strategy nearby must have been odd, and we know now that the hunter-gathers possessed some of the farmers’ domestic pigs.”

Professor Keith Dobney of the University of Aberdeen added: “We know Mesolithic hunter-gatherers of Europe already had dogs but they did not practice agriculture, nor (it was thought) did they possess domestic pigs, sheep, goats, or cows, all of which were introduced to Europe with incoming farmers about 6,000BC. However, our study shows for the first time that domesticated pigs were killed and eaten by Ertebolle hunter-gatherers of Northern Germany.”

It is not yet known whether the hunter-gatherers received the pigs via trade or exchange, or by hunting and capturing escaped animals. However, the domestic pigs had different coloured and spotted coats that would have seemed strange and exotic to the hunter-gatherers and may have attracted them to the pigs.

Co-author, Dr Greger Larson, from the Department of Archaeology at Durham University, added: “Humans love novelty, and though hunter-gatherers exploited wild boar, it would have been hard not to be fascinated by the strange-looking spotted pigs owned by farmers living nearby. It should come as no surprise that the hunter-gatherers acquired some eventually, but this study shows that they did very soon after the domestic pigs arrived in northern Europe.”

The team analysed the ancient DNA from the bones and teeth of 63 pigs from Northern Germany which showed that the hunter-gatherers acquired domestic pigs of varying size and coat colour that had both Near Eastern and European ancestry.

The project received funding from the Natural Environment Research Council (NERC) and the Graduate School ‘Human Development in Landscapes’.