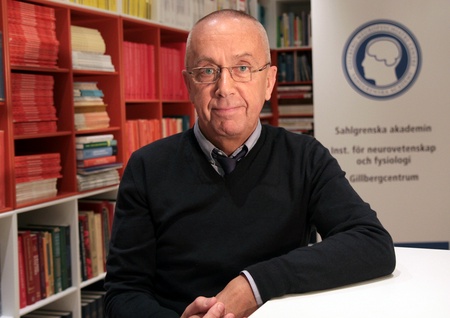 One of the world’s leading psychiatric researchers will discuss Autism at an event organised by the University of Aberdeen and the Centre for Rural Health in Inverness next week.

Professor Christopher Gillberg is one of the world’s leading academic child psychiatrists and will be speaking about his research on Autism and a spectrum of conditions effecting children’s development at the next Café Med Inverness on Wednesday, August 14 at Waterstones in the Inverness Eastgate Centre.

Professor Gillberg and a research colleague first launched the concept of an ‘autism spectrum’ and has pioneered the way we view the condition. In the talk he will pose the question whether we are all on the autism spectrum and discuss the overlap between autism and other brain development problems and the concept of ‘normality’.

Commenting on his research, Professor Gillberg said: “Ten per cent of the population are affected by conditions that affect children’s development, meaning that this is one of the biggest health problems across the planet.

“I will discuss the concept of ESSENCE which stands for Early Symptomatic Syndromes Eliciting Neurodevelopmental Clinical Examinations. It includes Autism, Attention Deficit Hyperactivity Disorder (ADHD), tic disorders and learning disabilities among other conditions that affect children´s development from the very early years, and that will often negatively affect their lifetime outcomes unless properly recognized and intervened for at an early stage. This pioneering work is being advanced jointly with colleagues in Sweden, Norway, Denmark, Scotland, England, France and Japan.”

The Café MED is free to attend and booking is not required.

The event takes place at 7pm on Wednesday, August 14, at Waterstones in the Inverness Eastgate Centre.

The event is the third in the series which has already proved popular with local audiences. Future events in the series include a talk on new digital technologies that aid rural healthcare provision featuring work being carried out at the Centre for Rural Health.

Café MED Inverness is supported by a science engagement grant from the Scottish Government. The evenings are informal and allow plenty of time for questions and discussion. Refreshments are available in store and special promotions from Waterstones are available on the evenings.

Full details of all events in the University’s cafe series are available at www.engagingaberdeen.co.uk and further information on the Inverness cafe can be found on Facebook at www.facebook.com/CafeMedInverness