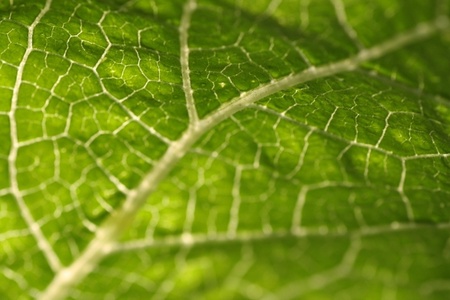 A new understanding of the evolutionary history of plants has been revealed by University of Aberdeen scientists.

The findings – published in Science – pave the way for fresh insights into how plants adapt to their environment.

It’s hoped this knowledge could lead to new strategies for improved crop yields to meet the demands of the world’s growing population, in the future.

The blue print for life on Earth is written in its DNA in genes within each cell. The genome is the term used to describe all the genes in an organism.

It is already known that duplication of the genome – known as polyploidy - occurred shortly before important points in evolutionary history where plants species multiplied and diversified – such as the  diversification of seed producing plants approximately 310 million years ago and flowering plants 130 – 190 million ago.

But until now the link between genome duplication and these important bursts of plant evolution has not been understood.

Professor David E Salt from the University of Aberdeen’s School of Biological Sciences who conducted the study in collaboration with Dr Chao from the University and Dr Dilkes from Purdue University, Indiana said: “When we look back into the evolutionary history of plants we see that genome duplications occur shortly before significant bursts of species formation, such as 192 million years ago before the number of species of flowering plants increased rapidly.

“Many researchers have noticed this link between genome duplications and these events known as species radiations, but until now have been unable to understand the connection between the two.

“Our study involved different forms of Arabidopsis thaliana – a member of the cabbage family and closely related to rapeseed – which have either single or doubled genomes.

“We showed that in fact plants with a duplicated genome can thrive, but they do so in saline soils, that is soils which have higher levels of salt.

“Our results show that duplicating a plant’s genome – causes it to take up 30 % more of the essential mineral nutrient potassium from the soil.

“Given that tolerance to elevated salt levels requires plants to maintain their uptake of potassium, we tested if duplicating a plants gene also made them more tolerant to these soil conditions – and found that it did.

“It is interesting to speculate that perhaps the duplication of the genomes of the ancestors of seed and flowering plants gave them a survival advantage in saline soils,

Professor Salt continued: “Our research can now move forward to understand how this new insight into a basic evolutionary process could be applied to advance agriculture.

“As our global population grows so does pressure on the world’s land space for food production. Ensuring the land we have is used efficiently and effectively to grow quality crops in quantity, has a major role to play in securing food for our future.

“If we can understand the molecular events that occur after genome duplication that allows uptake of greater amounts of potassium and tolerance to elevated levels of salt in soils, then we could look at how we could apply this knowledge to help develop more productive crops that require less inputs of fertilizer and are able to grow in fields with elevated salt levels.”