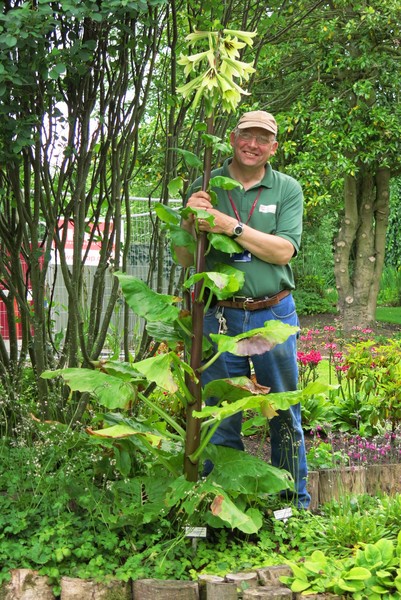 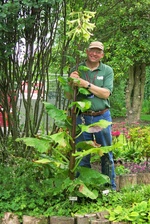 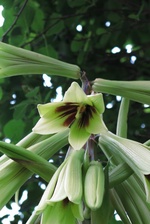 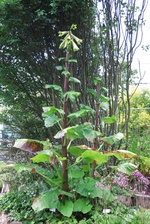 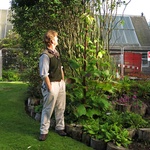 A relatively rare plant that flowers only once in seven years and then dies has blossomed - delighting horticulturalists at the University of Aberdeen.

The Giant Himalayan lily - or Cardiocrinum giganteum var. yunnanense - was planted in the University’s Cruickshank Botanic Garden three years ago when it was a four-year-old bulb.

In recent weeks horticulturalists had been anxiously checking the 6.5 feet tall plant after it started showing signs that flowering was imminent.

Mark Paterson, Curator of the Garden, said: "We were absolutely thrilled when we saw that it would flower. It's really great to have such a special and relatively rare plant in the Cruickshank Botanic Garden."

Richard Walker, Head Gardener at Cruickshank, who has carefully cultivated the plant over the years, added: "It's fantastic to have a Giant Himalayan lily flower in the garden again. We had one years ago, before I worked here, and it's superb that it has happened again.

"I saw a Giant Himalayan lily flower in the Royal Botanic Garden in Edinburgh where I worked between 1978 and 1981. However, this is the first time I have had one that I have planted and nurtured myself flower. It's one of the major events of my horticultural career."

While this plant will die, it is hoped that there will be future giant lilies in the Cruickshank Botanic Garden.

"The Giant Himalayan lily puts so much energy into flowering that it dies. However, it produces offshoots or pods the size of duck eggs. We will germinate the seeds and plant them again in Cruickshank in the hope we see another flowering in future years," added Richard.