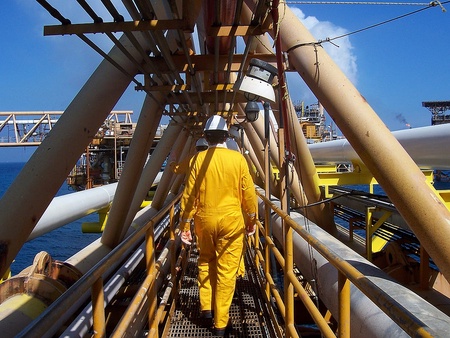 The lessons learnt and how safety priorities have evolved since the Piper Alpha disaster 25 years ago will be discussed at Café Scientifique (Aberdeen City) Wednesday 12 June, Waterstone’s Union Bridge.

The public discussion, which is part of the 2013 Café Scientifique (Aberdeen City) series, recognises the 25th Anniversary of the Piper Alpha disaster. It will be led by the principal adviser to the Police Service of Scotland, Emeritus Professor David Alexander and Dr Kathryn Mearns of the UK Health and Safety Executive's (HSE) Energy Division.

Professor Alexander led the psychiatric team that first responded to the Piper Alpha disaster. He said “Complacency is certainly not to be encouraged, but the folk in Aberdeen –ordinary citizens and professionals - have much to be proud of with regard to how they responded to the catastrophic event in July, 1988. The Piper Alpha disaster was a landmark in the history of major incident response.

He will be joined by Dr Kathryn Mearns who works at the HSE to ensure that the offshore industry is complying with the law and placing the health and safety of its employees as paramount. She will discuss the HSE's priorities 25 years after Piper Alpha and give her view on the development of human factors in over this time.

Dr Mearns added “The Piper Alpha disaster led to major changes in how safety is regulated offshore. Lessons were learned and should continue to be learned and communicated to the wider industry in order to prevent future disasters.

The event, entitled Piper Alpha: Learning the Lessons, will be an informal evening offering plenty of time for questions and discussion. The talk begins at 7pm and is free to attend. Full details of this and other programmes in our series can be found at www.engagingaberdeen.co.uk. Cafe Scientifique is supported by a science engagement grant from the Scottish Government.