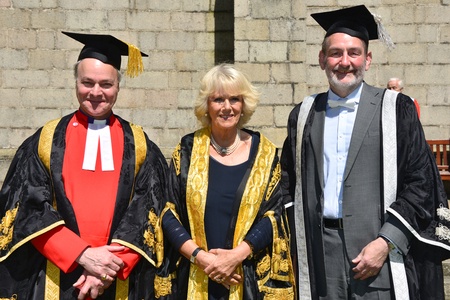 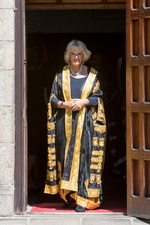 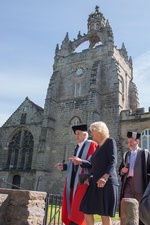 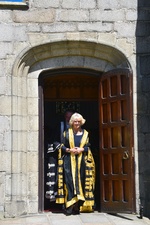 Her Royal Highness The Duchess of Rothesay was formally installed as Chancellor of the University of Aberdeen at a special ceremony on June 10.

Elphinstone Hall hosted the prestigious event which was attended by University alumni, staff, students, supporters, civic dignitaries, chancellors and vice-chancellors from across the Scottish university sector.

The Installation Ceremony is similiar to a graduation ceremony and the first role for the new Chancellor was to bestow honorary degrees on six outstanding individuals for their academic and personal achievements.

Professor Sir Ian Diamond, Principal and Vice-Chancellor of the University, said: “The University was founded with Royal patronage, but this is the first time we have been honoured with a Royal Chancellor.

“This is a tremendously important and exciting day for the University and I am delighted that we have been able to share it with so many of our alumni, friends and supporters. They join us in welcoming our new Chancellor to the Aberdeen family, and also in recognising the achievements of great individuals in the fields of education, the arts, science, medicine, law and sporting achievement.”

Her Royal Highness is the University’s eleventh Chancellor – a historic role dating back to the merging in 1860 of King’s and Marischal Colleges to create the University of Aberdeen.

Her Royal Highness succeeds Lord Wilson of Tillyorn, who stepped down from the role at the end of December, having served as Chancellor since 1997.

Professor Iain Torrance will help the new Chancellor in the role of Pro-Chancellor. Aberdeen-born Iain Torrance has well established links with the University of Aberdeen, becoming Dean of the Faculty of Arts and Divinity in 2001, and then serving as Moderator of the General Assembly of the Church of Scotland and President of Princeton Theological Seminary.

Following the ceremony the Chancellor attended a reception on the King’s Playing Field where she met representatives of the Students Association, staff and supporters of the University.

See here for more images of the installation.