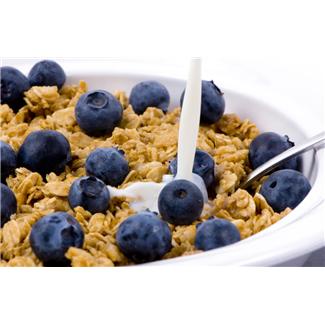 A number of food products with health benefits are now available on supermarket shelves.

But new rules adopted by the European Food Safety Authority in 2006 mean obtaining the evidence required to achieve a health claim has become more challenging for the food industry.

Academics from the University’s Rowett Institute of Nutrition and Health are developing new methods which will help the industry gain scientific proof of the health benefits of newly developed products.

Their investigations are focusing on the effect of novel carbohydrates – found in products such as pre-biotic yoghurts and cereals – on the human gut bacteria that live in our digestive system.

Their research is part of a pan-European project involving a consortium of universities, research institutes and industry, which is supported by an EU grant of 6M€.

Dr Petra Louis from the University of Aberdeen’s Rowett Institute of Nutrition and Health said: “Developing food ingredients and products that are beneficial to the human gut and immune system is crucially important because of their potentially positive impact on quality of life.

“In this study we are investigating the development of new methods and tools for the food industry which will allow them to better analyse how effective individual novel carbohydrates actual are.

“In particular we will be focusing on the impact of different novel carbohydrates on our gut, which is the largest and hardest working part of our body’s immune system.

“The gut contains a community of good and bad bacteria - essentially people with more good bacteria than bad, have better health.

“We will be establishing a model of the human gut bacterial community to test newly developed novel carbohydrates, and some which are already on the market, and analyse which types of bacteria - good or bad - are stimulated when these foods are ingested.”

Novel carbohydrates which are shown to have a positive impact on the gut in this study will go on to be tested in human trials as part of the next phase of the project.

Dr Louis continues: “The overarching objective of this pan-European study is to understand how we can keep people healthy through nutrition in the future.

“Achieving this objective could mean more products being developed by the food industry which will enhance the immune system against infections and diseases including the common cold and flu.

“This would greatly benefit society as a whole but also be of particular importance in groups such as the elderly, who are more at risk from such diseases.”

The FibeBiotics research project is a collaborative project over 4.5 years coordinated by Wageningen UR Food & Biobased Research, The Netherlands, involving the University of Aberdeen and the following universities, institutes and companies:

For more information on the project visit www.fibebiotics.eu/index.php/fibebiotics-partners

Dr Petra Louis is available for interview and photo opportunities at the Rowett Institute of Nutrition and Health in Bucksburn today (Wednesday, February 8) - contact Kelly Potts on 01224 272960 to arrange.