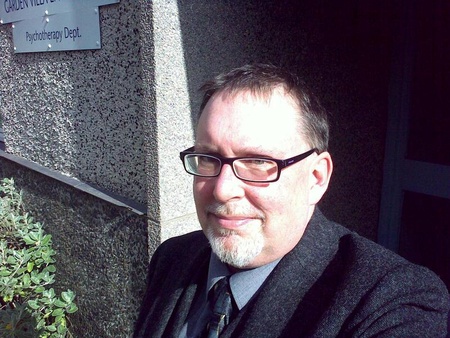 Antidepressant prescriptions in the UK have increased by 9.6% from 2010 to 2011, to 46 million prescriptions. Does this reflect overmedicalisation or appropriate treatment? Two experts - one from the University of Aberdeen - debate the issue on bmj.com today.

Glasgow GP, Dr Des Spence, thinks that “we use antidepressants too easily, for too long, and that they are effective for few people (if at all)”

He acknowledges that depression is an important illness, but argues that the current definition of clinical depression (two weeks of low mood – even after bereavement) “is too loose and is causing widespread medicalisation.” He also points out that 75% of those who write these definitions have links to drug companies.

National Institute for Health and Clinical Excellence (NICE) guidelines do not support the use of antidepressant medication in mild depression, nor necessarily as first line treatment of moderate depression. Instead, they promote talking therapies.

“But even if we accept that antidepressants are effective, a Cochrane review suggests that only one in seven people actually benefits. Thus millions of people are enduring at least six months of ineffective treatment,” he writes.

He is unconvinced by research showing that depression is undertreated and that antidepressants are being used appropriately, saying “the only explanation is that we are prescribing more antidepressants to ever more people.”

He also questions the view that depression is a mere chemical imbalance and concludes: “Improving society’s wellbeing is not in the gift of medicine nor mere medication, and overprescribing of antidepressants serves as a distraction from a wider debate about why we are so unhappy as a society. We are doing harm.”

But Ian Reid, Professor of Psychiatry at the University of Aberdeen, says the claim that antidepressants are overprescribed “needs careful consideration.”

He argues that the rise in prescriptions is due to small but appropriate increases in the duration of treatment, rather than more patients being treated, and that increased use of antidepressants in other conditions “has compounded misunderstanding.”

He refutes the idea that GPs are handing out antidepressants “like sweeties” and points to a survey showing “cautious and conservative prescribing” among GPs in Grampian. He also points to “methodological flaws and selective reporting” of data showing that antidepressants are no better than placebo except in severe depression. Instead, he says, practice is supported by evidence.

“Antidepressants are but one element available in the treatment of depression, not a panacea,” he writes. “Like 'talking treatments' (with which antidepressants are entirely compatible), they can have harmful side effects, and they certainly don’t help everyone with the disorder. But they are not overprescribed. Careless reportage has demonised them in the public eye, adding to the stigmatisation of mental illness, and erecting unnecessary barriers to effective care.”