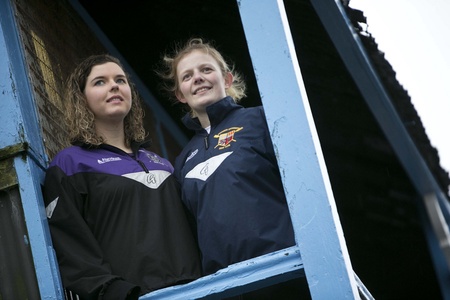 The date for the north-east’s equivalent of the annual Oxford v Cambridge Boat Race has been confirmed as Saturday March 2, 2013.

In time honoured tradition, the runners up in the 2012 race, Aberdeen University, challenged reigning champions Robert Gordon University to race in this year’s event.

Ingibjorg is originally from the Faroe Islands and is currently studying a master’s in International Relations. Rachel who was born in Cleveland, Ohio, but whose home town is Kildare in Ireland, is continuing her studies in Diagnostic Radiography.

The race, which is approaching its 18th year, is made possible by the continued support of global investment group, Aberdeen Asset Management.

In the 17 years of the Aberdeen Boat Race, AUBC lead RGUBC by 14 wins to three, however since RGUBC’s first win in 2006 the score is 4-3 to AUBC, with RGUBC winning the most recent clash in March this year.

The race takes place over a 3.5km stretch of the River Dee in Aberdeen between the Bridge of Dee and the Aberdeen Boat Club. In 2012, RGUBC won the race in emphatic style finishing four and a half lengths clear of their rivals in a time of eight minutes, 13.9 seconds.

Organisers of the race expect the turn-out of spectators on the day to be the most colourful ever as the universities have adopted the theme of ‘show your true colours’ for the 2013 head to head –  blue and yellow for Aberdeen University and purple and black for Robert Gordon University.

AUBC captain Ingibjørg Thomsen said: “We’re asking supporters to come out on the day wearing the colours of their favourite team. Both crews train hard for months ahead of race day and to see the banks of the river awash with our team colours will give us a huge boost.”

Her RGUBC captain Rachel Joyce added: “In the run up to the race we’re hoping that our supporters will show their true colours and register their team allegiance through social media too.”

2012 was one of the most fiercely contested races in the history of the event, and the organisers expect that 2013 will be no different. Both crews have already been training for months in preparation for the March race. Each of the 18 rowers will take just under 300 strokes in the course of the 3.5km race and along with the crew coxes, will push their physical and mental endurance to the limit.

Martin Gilbert, chief executive of Aberdeen, added: “Aberdeen Asset Management’s strong association with the boat race stems from the company’s roots in the granite city. We’re proud to remain headquartered in Aberdeen and to continue our support of the Universities’ Boat Race. The race is a major event on the city’s sporting calendar and showcases the area’s young athletic talent. Each year local support for the event grows and I am confident that 2013 will see the biggest turn out of supporters ‘showing their true colours’ than ever before.”

Follow the 2013 Aberdeen Asset Universities’ Boat Race and show your true colours at www.facebook.com/AAMBoatRace and at https://twitter.com/2013BoatRace