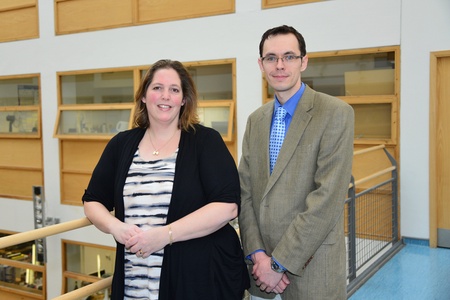 A bug thought to be one of the ‘good bacteria’ in our gut may actually have a role in the development of a bowel disorder that is on the rise in Scotland.

That is the possibility being raised by University of Aberdeen scientists who have published research which found significantly high levels of Faecalibacterium prausnitizii in the colon of children with Crohn’s disease.

Up until now the bug - one of the most common found in the gut - has been associated with Crohn’s disease but in a ‘protective’ way, because other studies have found it in low levels in patients with Crohn’s, and because it has anti-inflammatory properties.

The findings have surprised scientists because it goes against current thinking. However they stress more research is needed into F. prausnitzii before they really understand the part the bug may play in the disorder, which has increased five-fold in Scottish children over the last 35 years.

Researchers recruited children from Aberdeen, Glasgow and Dundee onto their study which was looking for potential bacterial triggers for inflammatory bowel disease (IBD) - Crohn’s disease and ulcerative colitis - which affects around 6% of the Scottish population.

Children were recruited when they attended hospital for a colonoscopy to confirm or rule out whether they had IBD.

Dr Richard Hansen, Clinical Lecturer in Child Health at the University of Aberdeen, was the study co-ordinator for the work just published in the American Journal of Gastroenterology.

He said: “There is a lot of research into inflammatory bowel disease but much of that has focused on Crohn’s disease and ulcerative colitis in adults.

“We wanted to study as ‘pure’ a population as possible - by that I mean people who have not yet had an intervention or treatment for their IBD, and are less likely to have other illnesses, or to have made lifestyle choices, such as being a smoker or drinking alcohol.

“Ours is a unique study because this type of research cohort has not been studied by IBD researchers before.”

Blood and tissue samples were taken from patients who were recruited over a three year period and were aged between two and 16 years.

Recruits from this study came from the larger BISCUIT- Bacteria in Inflammatory bowel disease in Scottish Children Undergoing Investigation before Treatment - study which recruited a total of 100 children over three years, including 44 presenting for the first time with IBD and 42 who had a normal bowel.

Thirty four recruits were selected for a more detailed analysis, including 11 with Crohn’s disease, 11 with ulcerative colitis and 12 ‘controls’ with a normal bowel.

Bacteria in the samples were then identified using the latest DNA ‘sequencing’ technology.

Dr Georgina Hold, Senior Lecturer in Gastroenterology, at the University of Aberdeen and senior author on the study, said: “We found no significant changes in types of bacteria present across the three groups although there was less variety in the species of bacteria in kids with Crohn’s disease.

“However we did see a significant increase in the bacterium Faecalibacterium prausnitzii in children with Crohn’s disease.

“This was a surprise because other studies of patients with Crohn’s disease have reported a reduction in levels of this bug which supports current thinking that it is somehow protective.

“However our finding suggests that this particular bug may not always be a ‘good’ bacterium and may actually contribute to the development of the disease.”

Dr Hansen added: “We now plan to carry out a further study to look at Faecalibacterium prausnitzii specifically and to relate this to a liquid diet treatment that is commonly used to treat Crohn’s disease in children.

“We also need to understand more about how to restore and retain the normal bacterial communities within the gut.”

The study was funded by Chief Scientist Office and also CICRA - Crohn’s In Childhood Research Association.