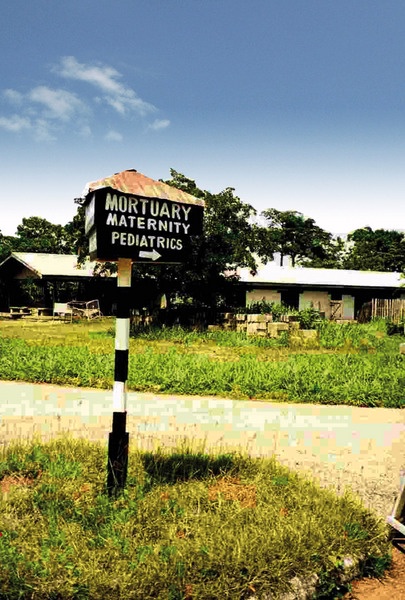 An ambitious new project linking Aberdeen with sub-Saharan Africa is seeking to engage supporters and businesses to secure the final £1million of charitable donations for what could provide a new model for sustainable charitable support.

University of Aberdeen researcher and surgeon James N’Dow has been working for three years to make the Horizons dream a reality. James returned to Aberdeen this week following a meeting with His Excellency President Jammeh of The Gambia and his Cabinet Ministers, at which they gave Horizons their full support (see links below).

James, 46, who is one of only ten university professors of urological surgery in the United Kingdom and the co-founder of the North-east charity UCAN, plans to raise £14million through partnerships, in-kind support and donations to deliver state of the art sustainable healthcare in his native Gambia, to be a regional centre of excellence serving neighbouring countries.

“In Sub-Saharan Africa, one in every sixteen women faces risk of death as a result of pregnancy or childbirth or run the risk of terrible morbidity such as developing a fistula,” says James. “A third of mothers who die during childbirth in Sub-Saharan Africa bleed to death. This need not happen; we can stop women dying during pregnancy and childbirth. Together, we can bring sustainable change to the lives of women of sub-saharan Africa starting in The Gambia.

“The completion of the Horizons Hospital project, whereby the provision of quality healthcare facilities - at a level taken for granted here in the UK - will very quickly ensure a dramatic reduction in these numbers and eventually eradicate what really is a modern tragedy.

“Each year I travel as part of a team of surgeons, anaesthetic doctors and nurses from the UK to the Gambia. While we are there, the lives of so many families are changed beyond belief. Heartbreakingly, often even the simplest of surgical interventions can transform the life of someone accustomed to an existence of pain, trauma and rejection.”

The Gambian Government has allocated Horizons prime land in the country’s Tourist Development Area, where the new complex will be built, and £4 million has been committed from the African Development Bank. Construction of the Horizons hospital is now scheduled to start next year.”

“We have had fantastic support from so many people, including WHO Gambia and the Gambian Government - which has demonstrated its commitment to this model of healthcare by giving us a prime location as the site for the hospital and training institute which is planned to be operational by mid-2014,” continues James. “During my recent visit I met with the President and his Ministers in the Presidential Palace, and they gave full backing to the project and all the support we need.

“Professional companies here in Aberdeen are giving us vital pro bono services, and I must thank my colleagues at the University of Aberdeen and NHS Grampian and our growing list of benefactors in the North-east’s business sector for their huge enthusiasm and support.

“Fundraising in the current global economic climate is challenging to say the least. But I am delighted to say that as things stand today, charitable in-kind contributions have risen to £2.8 million and through a mix of debt finance and angel investors from a variety of sources, we are now just £1 million short in terms of charitable donations we need.”

The Horizons model is a departure from long-term charity funding as the mainstay of healthcare development in sub-Saharan Africa. The project is underpinned by a principle of entrepreneurial philanthropy bringing together four key partnerships - the philanthropic world, the international commercial sector, the local business community, and committed implementation collaborators - to deliver financially self-sustainable high-quality healthcare provision in low income country settings ensuring access to quality healthcare for mothers living on less than a dollar a day.

Professor N’Dow believes the completed facility will become a template for future similar developments in Africa, employing a similar approach.  “Horizons has the necessary resources to establish the hospital infrastructure,” he says. “But now we need support to help establish Horizons’ training programmes, outreach programmes for healthy mothers and healthy infants, and preventative care programmes including health promotion and education.”

Horizons will work closely with the University of Aberdeen’s Immpact research group which, since 2002, has supported efforts to prevent deaths among mothers and babies in low-income countries, including many parts of West Africa. Professor Wendy Graham added: “Horizons represent a novel and exciting approach to sharing the benefits from a premier health institution with those families unable to afford any care.  We look forward to sharing the lessons from Immpact and our new initiative on clean birth – The Soapbox Collaborative – to help Horizons meet its important philanthropic goals.”

Any individual or organisation interested in assisting the Horizons project in any way can contact Professor N’Dow on horizons@abdn.ac.uk  and further information is available on http://www.thehorizonsclinic.com/.