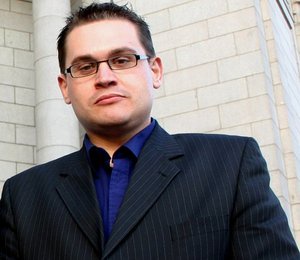 Young people from across the north-east can learn how to compose film music using world-class technology at a special event in Aberdeen on November 17 and 18.

The University of Aberdeen is holding a weekend of free workshops giving young people aged 12 – 18 an opportunity to get practical hands-on experience at composing music for moving image.

The sessions will be held at the University’s King’s College campus over two days (Saturday November 17 and Sunday November 18), and are supported by Creative Scotland. Participants will learn how to compose their own original pieces of music for a short animation, using specialist software which will allow them to create a film score – even if they do not read music or play and instrument.

The sessions will also be able to accommodate those with a higher level of musical ability and young people who can play an instrument will be able to write a composition piece straight onto the computer software.

The workshops will be led by Ronan Breslin, who runs the Glasgow School of Art’s Masters Degree in Sound for the Moving Image (M.Des).

He said: “Film music plays a vital role in telling the story in addition to the dialogue and visuals – it has an impact on mood, tone, atmosphere, setting, genre and period.

“I hope to show the young people attending the workshops how to get started using technology which means they don’t need to know how to play and instrument or read music to create a film score.”

The resulting short music animations will be previewed at a special screening for family and friends on Sunday evening.

What’s the Score builds on the University of Aberdeen’s commitment to new music and forms part of a weekend of celebrations based around the Aberdeen Music Prize.

Spanish composer, Marc Vitoria Garcia, winner of the latest round of the Prize will have his commissioned piece performed by the BBC Scottish Symphony Orchestra on Friday November 16 at the Music Hall, Aberdeen.

Professor Paul Mealor, Professor of Composition and Director of the University of Aberdeen Music Prize, said: “We expect the workshops to have wide appeal to young people who may be interested in how to create computer based music, or just want to learn more about composing music. They may be interested in pursuing a career in creating music for TV or film, or just have a general interest in how music is created for TV or Film.

“The University of Aberdeen is committed to promoting new composition and hopes ‘What’s the Score’ will encourage and inspire local young people to become involved in music, composition and film.”

Places are limited and on a first come first serve basis - to reserve your place, email katy.bowman@abdn.ac.uk or contact the Events Team on 01224 273233.

These sessions are supported by Creative Scotland.