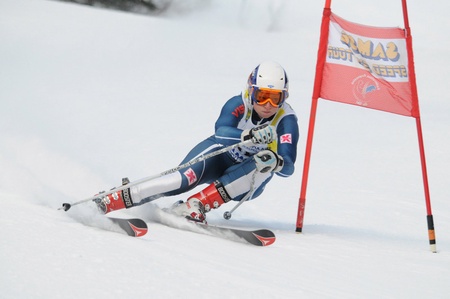 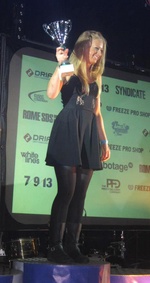 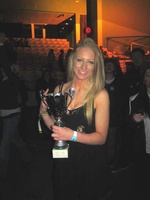 An Aberdeen University student who was told she would never ski again after breaking both legs in a horrific crash on the slopes is continuing to prove the doctors wrong.

Eilidh, from Aberdeen, was on the verge of making the British Winter Olympics team three years ago when she suffered the double leg break which surgeons told her would prevent her from ever skiing again.

However the plucky Geography student applied herself to a gruelling recuperation training regime to return to competitive action.

The Super G win was her first in that event since breaking her legs in the same competition three years ago.

“It was a huge relief to get to the bottom of the course at this year’s BUSC championships following the accident in 2010. It was even more pleasing to destroy the rest of the field by a full second!” she said.

“The Super G was my main discipline when I was competing as a full time athlete and was what I have always enjoyed the most. It is what also brought me to so much grief as every time I ended up on the hospital bed it was as a result of that event.

“I went into the competition wanting to win but I was fully aware of the tough field competing this year. A large pack of the girls have just come out of full time racing and are in their first years of Uni and still very highly involved in the sport outside of their studies.

“I knew I would have to pull some pretty special skiing out the bag to even get up on the podium but I was filled with after winning the qualifying race by a solid margin. I’m delighted to retain the Giant Slalom and to clinch the Super G as well was fantastic.”