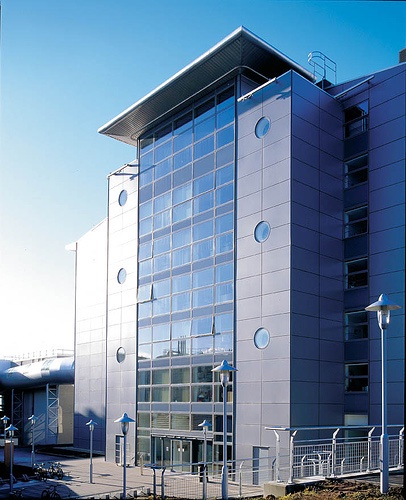 A leading neuroscientist has been honoured for his research which has helped further our understanding of the diversity of molecules the developing brain uses to ‘wire’ its parts into a precisely functional organ.

Professor Tibor Harkany, who divides his time between the University of Aberdeen's Institute of Medical Sciences and the Karolinska Institute in Stockholm, Sweden, is today (Friday, October 12) jointly awarded the Anders Jahre Prize for Young Scientists at the University of Oslo, Norway.

He shares the honour with Professor Kristian Pietras of the University of Lund, who has been recognised for his research on mechanisms that regulate blood supply to tumours with the prospect of targeting these in cancer therapy.

Professor Colin McCaig, Head of the School of Medical Sciences at the University of Aberdeen, said: “This is a tremendous accolade for Professor Harkany because the Anders Jahre Prizes honour research of outstanding quality in basic and clinical medicine.

“Professor Harkany has shown unparalleled drive in his research to shed new light on the workings of the brain, particularly in neuropsychiatric and neurodegenerative conditions.

“His research accomplishments have transformed long-held views of how neuronal communication is established during brain development.”

“Professor Harkany is in the prime of his career – his group has recently published a series of ground-breaking observations in highly cited papers, which have significantly modified our current knowledge of how intercellular communication is regulated in the developing brain, and how some drugs can derail these highly ordered developmental processes.”

Professor Harkany added: “I’m delighted to receive this award which acknowledges discoveries from research that was conducted at the University of Aberdeen.”