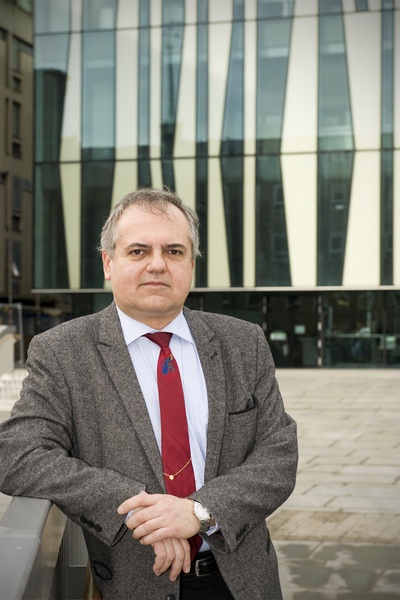 Imagine holding your smartphone at someone using sign language and then their words start scrolling across the screen.

That is exactly what computing scientists at Technabling Ltd, a spin-off company of the University of Aberdeen, are working towards, as those attending a free public talk taking place in the city next Wednesday (October 10) will learn.

Dr Ernesto Compatangelo, Technabling Research & Development Director and Lecturer in Computing Science at the University, will give an insight into the research at the latest in the Café Scientifique series of talks organised by the University’s Public Engagement with Research team, taking place at Waterstones’ Langstane branch at 7pm.

The software application being developed by is the first of its kind in the world which can be used on portable devices and allows users to customise sign language to their own specific needs.

The technology has the potential to transform how sign language users communicate, whether they are profoundly deaf or have lost hearing in later life.

A dedicated team at Technabling, which is composed of software engineers and British Sign Language users, are behind the technology which aims to bridge the gap between sign language and more standard forms of communication.

One of its main focuses is to help young deaf people gain employment opportunities.

Dr Ernesto Compatangelo, who is also a founder of Technabling, said: "The aim of the technology known as the Portable Sign language Translator (PSLT) is to empower sign language users by enabling them to overcome communication challenges through portable technology.

"The user signs into a standard camera integrated into a laptop, netbook, Smartphone or other portable device such as a tablet.

"Their signs are immediately translated into text which can be read by the person they are conversing with.”

The Cafe Scientifique series is supported by a science engagement grant from the Scottish Government.  The talks are open to all and there is no need to book.

For more information about the Cafe series.