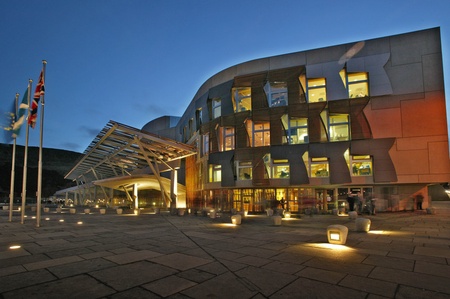 Professor Paul Beaumont is part of a new initiative launched by academics from five Scottish Law Schools - the Universities of Aberdeen, Dundee, Edinburgh, Glasgow and Strathclyde.

The Scottish Constitutional Futures Forum has been set up to address the wide range of issues bearing upon the constitutional choice facing the people of Scotland today. Forum members believe this to be a unique opportunity to debate and decide Scotland’s constitutional future in a manner that is inclusive, well-informed and open-minded, ensuring that the circulation of information and the discussion of ideas is not confined to the official campaigns and their party political backers. The Forum plans to contribute to this wider process.

Over the next two years the Forum will host regular discussions of the key constitutional questions which arise. Is the referendum the right way to proceed? Have we correctly identified the key constitutional options? What happens to defence, currency, social citizenship or human rights under independence or enhanced devolution?  What new or amended political institutions - parliamentary, executive or judicial - would we need in a constitutionally renewed Scotland? These and many other questions will be debated in a way which draws upon comparative expertise and experience, in so doing involving and engaging with a wide range of Scottish groups and interests.”

The SCFF website also provides resources for those seeking to be informed about the ongoing constitutional debate, and, via our blog, up-to-date commentary on the unfolding issues.  Please visit www.scottishconstitutionalfutures.org for details of forthcoming events and to read the opening blog post by Professor Alan Page from the University of Dundee.

Professor Paul Beaumont from the University of Aberdeen said: “We don't want the debate to occur only in the central belt and we will be hosting two public events in Aberdeen on two key areas where expert analysis will help voters to make an informed decision in the independence referendum in 2014: first, what status would an independent Scotland have in the European Union and second, what was the constitutional nature of Scotland before it became part of the United Kingdom in 1707 and why did the Union take place?”

Professor Tom Mullen, University of Glasgow said: “It is crucial that the people of Scotland are able to make an informed choice about how they will be governed in future. There is a real need for a forum in which information can be provided and the key constitutional and legal issues can be discussed free from party politics. The SCFF will meet that need.”

Professor Neil Walker from the University of Edinburgh said: “This is an exciting and timely initiative that we are very pleased to be involved in. We hope it will make a contribution to the debate, as it is important that Universities bring their particular resources and knowledge to bear on this crucial issue that, whatever the result, will dominate and shape the politics of Scotland's future for some time to come.”

Professor Aileen McHarg from the University of Strathclyde added: “We think that the Scottish universities and the Law schools in particular, have an important role in ensuring that our debate is worthy of the constitutional moment. We welcome the participation of all who share our commitment to an open and non-partisan process.”