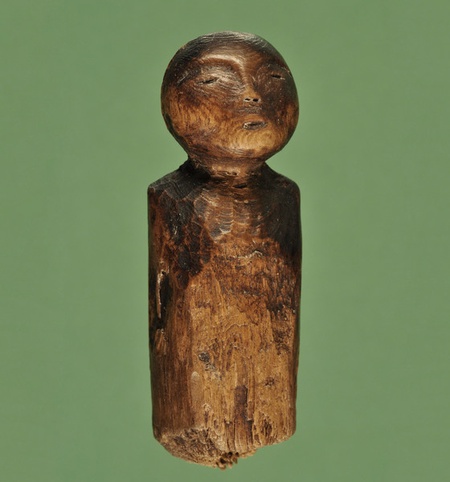 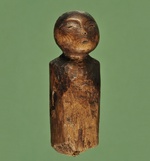 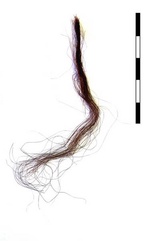 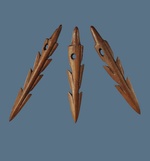 In a scientific first, chemical analysis of ancient Eskimo hair found in Western Alaska could reveal how people in the region lived through times of climate change over the last 1000 years.

It’s hoped the findings by University of Aberdeen archaeologists could provide lessons on how modern societies could cope with climate change now and in the future.

A team of experts from the institution – including Drs Rick Knecht, Charlotta Hillerdal and Kate Britton – returned this week from a three week dig near the modern Yup’ik Eskimo village of Quinhagak – the first large scale archaeological investigation into the prehistory of this region, which is three times the size of Scotland.

They will discuss their research and the artefacts they uncovered at the British Science Festival today (Friday September 7).

Dr Rick Knecht from the University of Aberdeen’s Department said: “Our work focused on a site called ‘Nunalleq’ – meaning ‘the old village’ in Yup’ik, which dates from 1350AD-1650AD.

“Featuring permafrost-preserved house-floors, the site is an early Eskimo winter village, and has yielded tens of thousands of in situ archaeological artefacts and tools.

“Some, like the preserved beach rye grass baskets and cordage are extremely rare in any archaeological context.

“The preserved human hair, fur, plant and other bioarchaeological materials are also among the largest and best preserved collections of their kind ever recovered.

“Radiocarbon dating at the site suggests at least two phases of occupation, both before and after the onset of the ‘Little Ice Age’ – a pre-modern global temperature excursion event.

Dr. Charlotta Hillerdal, a partner on the project at University of Aberdeen added: “Yup’ik oral history and science came together as our excavations unearthed direct evidence for pre-contact Eskimo lifeways, origins and history – from the burnt houses and arrow-studded posts of the legendary ‘Bow and Arrow Wars’, to the stable isotope and DNA evidence from permafrost preserved ancient human hair that reveals the diets and origins of the prehistoric Yup’ik people.”

Stable isotope analysis of the preserved human hair uncovered at the site are now being undertaken in a bid to understand the diet of these early Eskimo people and what this reveals about the conditions under which they were living, and how they adapted to a changing climate.

Dr Kate Britton from the University of Aberdeen’s Department of Archaeology said: “Stable isotope (chemical) ‘signatures’ in human hair are directly related to the ‘signatures’ of foods consumed – literally, you are what you eat.

“In archaeological studies, this is used to provide evidence for which animal species were being hunted and eaten. Furthermore, human hair grows at an average rate of 1cm per month – so by chemically analysing it 1cm at a time we can obtain a month by month dietary ‘signal’ which indicates what these people were eating over a period of time.

“The hair we have recovered from Nunalleq isn’t from burials but was cut off during haircuts and has either accidentally ended up on the floor like barbershop waste, or was ritually deposited on house floors.

“We hope our analysis will allow us to evaluate dietary changes in Western Alaska at this time, determine the contribution of marine and terrestrial animals to the human diet and explore the implications for early subsistence strategies and maritime adaptations.

“If we can better understand how these people sustained themselves during what we know was a significant time of climatic change – we could learn important lessons about how these coastal communities have coped with climate change in the past. Arctic sea ice is at a record low, and the issue of climate change is more important than ever, particularly for indigenous communities in the Arctic whose traditional lifeways are under threat. The changing climate not only affects the weather, but also the distribution and abundance of important subsistence species such as salmon, caribou and seals.

“Ironically, it’s sea level rise that led to the discovery of Nunalleq in the first place. Land is now eroding into the sea all along the Bering Sea coast, and prehistoric objects were ending up on the beach near Quinhagak, where they were first noticed by local people.’

Qanirtuuq, Inc., the village land owning corporation of the Yup’ik Eskimo village of Quinhagak, brought in Rick Knecht and his team at the University of Aberdeen, in an effort to save the priceless artefacts from the sea and gain as much information as possible about how their ancestors lived and coped with their own climate change challenges.

Qanirtuuq, Inc., the village land owning corporation of the Yup’ik Eskimo village of Quinhagak, brought in archaeolgist Dr Rick Knecht and his team at the University of Aberdeen to undertake the first large scale archaeological investigation into the prehistory of this region with the aim of recording archaeological sites in the area threatened by rising sea levels.

The Yukon-Kuskokwim Delta, in Alaska, is the core of the Central Yup’ik culture area, and the Yupi’k living in this region today are the largest indigenous group of people living in south-western Alaska.

First contacted by Europeans in the learly 19th Century, historic Yup’ik culture is ethnographically well documented. However, the archaeology and prehistoric cultural roots of the region remain almost completely unknown; this is by far the largest archaeological excavation ever undertaken in the region.

In recent years, the effects of global warming, melting tundra and changes in winter ice coverage, has actualised the issue of this ‘missing’ Yup’ik prehistory, as prehistoric coastal sites are now eroding into the sea all along the Bearing Sea coast.

The site of Nunalleq is the product of one such erosion event in 2008, as priceless prehistoric objects were washing into the Bering Sea on this remote Alaska coast and being lost.

Although Inuit is often considered the ‘politically-correct’ term for indigenous Arctic communities (especially in Canada), the Bering Sea Yup’ik self-identify as ‘Eskimo’ – hence our description of their archaeological forbearers (and modern communities) as ‘Eskimo’.