Forget Crimewatch – the Vikings were there first
07 September 2012 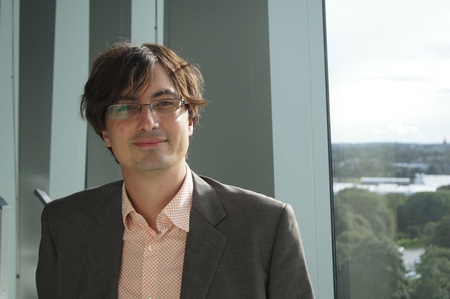 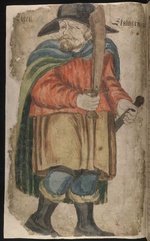 We think of Vikings as highly aggressive raiders who ravished Europe in the Early Middle Ages but how could these men be controlled when they returned to their homeland after plundering other countries?

A researcher from the University of Aberdeen, who presented today at the British Science Festival, suggested this is a problem Viking societies themselves were deeply concerned about – so much so that they took on the role of early criminal profilers – drafting descriptions of the most likely trouble-makers.

Dr Tarrin Wills, from the Centre for Scandinavian Studies, has examined early Icelandic literature and discovered that its authors pinpointed physical characteristics of high testosterone levels – known to cause violent behaviour – creating some of the earliest ‘criminal mugshots’.

Dr Wills, whose work is published in Viking and Medieval Scandinavia began investigating the link between Viking behaviour and levels of testosterone after reading an article about hormones and city traders.

He said: “I followed this lead by reviewing the scientific literature on physiological and behaviour traits linked to testosterone. The profiles seemed to describe patterns I was familiar with in early 13th century Icelandic literature so I began to look deeper. Most of what we currently know about Vikings was written down by early Icelanders and I found clear indications that the authors of these sagas were acutely aware of the markers of high testosterone. They describe legendary warriors such as Egill, who committed his first homicide aged just six, in terms of physical appearance such as the width of their foreheads, heavy eyebrows or beards, and receding hairlines. All these things are known to be indicators of high levels of testosterone but it is highly unusual for men to be depicted in this way in literature from this period.”

Dr Wills continued; “Normally you find descriptions of people to be restricted to things relevant to the plot, or which indicate a person’s wealth and status within society, such as how they are dressed or their complexion.”

Dr Wills said that further research indicates that the Vikings developed their own understanding of how physiology and behaviour interact, and that they used this knowledge to identify potential trouble-makers.

“Iceland in the time of the Vikings was akin to the Wild West – an open territory with lots of young men where each person was trying to acquire enough land for himself, a wife and family. As a result it was extremely competitive an often violent. The Vikings did have a sophisticated legal system, but in Iceland they did not have a state to enforce it,” said Wills.

Literature from the time indicates that there was great concern about how to control antisocial behaviour in such a society. It is this concern, says Dr Wills, which resulted in a sophisticated literary tradition which documents the problems of Viking society.

Many of the sagas relate to the 10th century but were not written down until the 13th century, when violence had escalated further. The author of many sagas is unknown,  but it is thought they were written by or on behalf of wealthy farmers. These were people with particular reason to be concerned by violent behaviour who would have been eager to protect their own territory.

Dr Wills added, “What can be seen by examining the literature is that those who recorded the sagas realised that physical features were significant when it came to those most likely to behave in violent ways. It seems they were sensitive not only to anti-social behaviour – everything from insults to homicide - but found ways of understanding the biological relationship to that behaviour.

“In this sense they were perhaps the first to begin criminal profiling. These early Viking authors pinpointed the physical markers of testosterone, including them in descriptions of great warriors, but this text was not created so much as a record of achievement in battle, but to address what was seen as the problem at home. As a result they served as ‘mugshots’ of likely offenders and a warning to wider Viking society.”

Dr Tarrin Wills is taking part in a press conference at the British Science Festival on Friday (September 7) at 11.45am. He is available for interview to journalists not attending the Festival. To arrange contact Jo Milne on 01224 272 013.  A picture of Egill is available along with further detail about the warrior. Please email jo.milne@abdn.ac.ukwith your request.