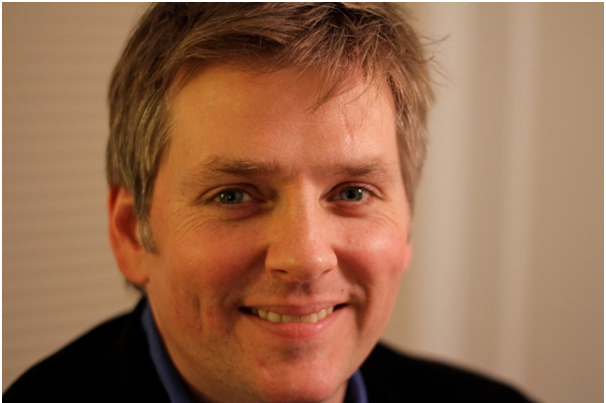 An Aberdeen anthropologist will brave sub-zero conditions in north-east Siberia as he embarks on a 10-month expedition to document an endangered language in the region.

Dr Alexander King and his family will relocate from Aberdeen to the remote town of Palana, on the west coast of the Kamchatka Peninsula, where they will be based.

He will also undertake an eight-week expedition to the more northerly reaches of Kamchatskiy Krai with two Koryak colleagues where electricity in the villages is rationed and the main mode of transport is small plane or helicopter.

Dr King’s research will focus on two dialects of the Koryak language – one spoken by reindeer herders who are Chukchipeople and the other by maritime people living along the coast of Penzhina Bay.

The project to document these languages has been funded by the Endangered Languages Documentation Programme (ELDP)* and Dr King says it will be the first time anyone has investigated these dialects since they were first noted by linguists in 1901.

He said: “What little we know about these dialects is that they are markedly different from others in the Koryak language, which is spoken by around 2,500 people in the easternmost extremity of Siberia.

“While there has been considerable linguistic work on the dialect of Koryak used in publications and broadcast, these are two dialects that have been mostly ignored.”

“There are now only a handful of younger speakers so as a result the languages are very much endangered.”

Dr King says it is vital that such languages are properly recorded before they die out and are lost forever.

“Indigenous peoples around the world are shifting from speaking their heritage languages to using socially dominant languages in everyday life, such as English, Spanish and Russian,” he added.

“But it is only by having careful documentation of the full span and variety of human language that we can really know what is possible and impossible in human speech and thought.”

“We have sophisticated theories about English and a handful of other European languages but we really do not know the full potential variation of the human capacity for speech.”

Dr King and his colleagues will record, transcribe and translate over 150 hours of Koryak speech across several genres using the latest methods and digital technologies.

The project will produce a database, a DVD of storytellers, and a bilingual book of narratives. It will also provide the skills and equipment for local linguists and folklorists to continue documentation work long after the project is finished and contribute to Koryak teaching and revitalisation efforts.

“The positive social effects are just as important as the science. This kind of work has been linked to successful community revitalisation programmes in other parts of the world. Pride in your heritage language means pride in yourself, and too often that is in short supply among indigenous Siberian youth.”

Dr King said the move would be a big change for his sons, Xavier, nine, and Theo, six, who were born in Scotland and currently attend primary school in Aberdeen.

“We are slowly introducing them to Russian and they like hearing their names in a new language so are keen to learn,” he added. “We may even get them speaking a bit of Koryak before we are done.”

“It will be very different to Scotland with winter temperatures plummeting to minus 30 degrees Celsius but we’ll all adapt and when we return the snow over here should be much easier to contend with!”

Dr King will leave for Siberia at the end of September and in the meantime is finishing the current teaching term and preparing to launch the project and move his family.