Opportunity to deliver a good plug for recycling
01 June 2012 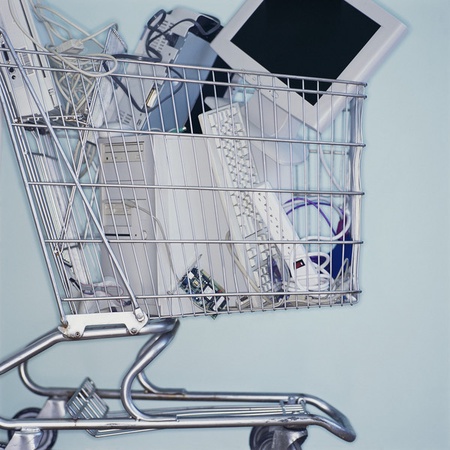 Businesses, residents and organisations are being urged to recycle their broken electronics at a three-day event hosted by the University of Aberdeen in partnership with Aberdeen City and Aberdeenshire Council and European Recycling Platform (ERP).

The recycling event for Aberdeen City and Shire takes place on Wednesday 6 June to Friday 8 June from 7.30am to 3.30pm each day. The event will stay open until 7.30pm on Thursday 7 June.

Electronic waste should be brought to the rear entrance of the University’s MacRobert building, accessed from St Machar Drive, near the roundabout with King Street.

All types of business and household electronic waste will be accepted, with no charge, and staff will be on hand to help with unloading.

The event is a partnership between the University, the two local authorities, and ERP as part of a drive to increase the amount of electronic waste that is recycled. Recycling is provided courtesy of Apple.

Electronic waste is the fastest growing waste stream in the UK. More than one million tonnes of electronic goods are sold every year, but only around a third is recycled. The materials used to make electronic goods are valuable and can be used to make new products. For example, the plastic from a computer keyboard could end up in a new musical instrument, the gold from a mobile phone could be made into jewellery, and an iron contains enough steel to produce 13 steel cans.

Currently, UK recycling is estimated to save more than 18 million tonnes of carbon dioxide a year – the equivalent of taking 5 million cars off the road.

Scott Butler, ERP Managing Director, said: “Plenty of people have broken equipment gathering dust, an old printer cluttering up the cupboard or an unwanted mobile lurking in a drawer. Well, now they can be free of it and benefit the environment at the same time. Bring anything with a battery or a plug on it and it will be recycled.”

Amy Gray, Waste and Environmental Manager at the University of Aberdeen added: “The University is very committed to the sustainability agenda and is happy to help the wider community recycle such goods by hosting this event on campus. We hope people will take this opportunity to use this conveniently located facility and bring in their electronic waste.”

Peter Lawrence, Waste and Recycling Manager at Aberdeen City Council explained: "E-waste contains lots of materials that are highly valuable resources and are polluting if released into the environment, so making use of the opportunity to recycle redundant kit just makes sense and we urge everyone to take the chance to have a productive clear out."

Key facts on e-waste
Electronic waste is the fastest growing waste stream in the UK.
Over 1 million tonnes of electronic goods are sold every year, nearly 20kg per person.
In 2010, over 466,000 tonnes of e-waste was collected and recycled, around 38% by weight of the electrical and electronic equipment sold. The rest ended up in landfill or is still in people’s homes.
On average, each person in the UK recycled 7.5kg of e-waste in 2010.

About European Recycling Platform (ERP)
Producers of electronic goods are required by law to pay a registered e-waste recycling scheme, such as ERP, to collect and treat e-waste on their behalf. This is a result of WEEE (Waste Electrical and Electronic Equipment) legislation which came into force in July 2007.
ERP is one of the UK’s leading WEEE and batteries recycling schemes
ERP contact: Nick Purser, Tel 020 31426452, Mob 07775 427 270, email nick.purser@erp-recycling.org
www.erp-recycling.co.uk