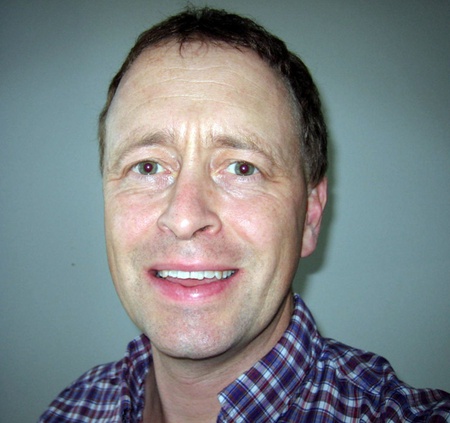 A team led by researchers at the University of Aberdeen has contributed to a new study which provides evidence that climate change was a key ingredient in the collapse of the great Indus or Harappan Civilisation almost 4000 years ago.

Work conducted by Peter Clift while he was a professor in the Department of Geology and Petroleum Geology, together with students and postdoctoral researchers, is included in a paper published in Proceedings of the National Academy of Sciences.

The Indus civilisation was the largest - but least known - of the first great urban cultures that also included Egypt and Mesopotamia.

The empire stretched over more than a million square kilometers across the plains of the Indus River from the Arabian Sea to the Ganges, over what is now Pakistan, northwest India and eastern Afghanistan.

Professor Clift was the leader of an international team which included scientists from the US, UK, Pakistan, India, and Romania with specialties in geology, geomorphology, and archaeology.

They conducted research between 2003 and 2008 in Pakistan, from the coast of the Arabian Sea into the fertile irrigated valleys of Punjab and the northern Thar Desert that extends into western India.

By combining satellite photos and topographic data collected by the Shuttle Radar Topography Mission (SRTM), the researchers prepared and analyzed digital maps of landforms constructed by the Indus and neighboring rivers, which were then probed in the field by drilling, coring, and even manually-dug trenches.

Collected samples were used to determine the sediments' origins, whether brought in and shaped by rivers or wind, and their age, in order to develop a chronology of landscape changes.

"Once we had this new information on the geological history, we could re-examine what we know about settlements, what crops people were planting and when, and how both agriculture and settlement patterns changed," said co-author Dorian Fuller, an archaeologist with University College London.

"This brought new insights into the process of eastward population shift, the change towards many more small farming communities, and the decline of cities during late Harappan times."

The new study suggests that the decline in monsoon rains led to weakened river dynamics, and played a critical role both in the development and the collapse of the Harappan culture, which relied on river floods to fuel their agricultural surpluses.

In another major finding, the researchers believe they have settled a long controversy about the fate of a mythical river, the Sarasvati. The Vedas, ancient Indian scriptures composed in Sanskrit over 3000 years ago, describe the region west of the Ganges as "the land of seven rivers."

Based on scriptural descriptions, it was believed that the Sarasvati was fed by perennial glaciers in the Himalayas. Today, the Ghaggar, an intermittent river that flows only during strong monsoons and dissipates into the desert along the dried course of Hakra valley, is thought to best approximate the location of the mythic Sarasvati, but its Himalayan origin and whether it was active during Vedic times remain controversial.

Archaeological evidence supports the Ghaggar-Hakra as the location of intensive settlement during Harappan times but the new research argues that these crucial differences prove that the Sarasvati was not Himalayan-fed during the past 10,000 years, but a perennial monsoon-supported watercourse, and that aridification reduced it to short seasonal flows.

Professor Clift, who is an honorary staff member at the University of Aberdeen but now based at Louisiana State University, said: “Our work has now shown that a large river similar to the Sarasvati used to exist on the edge of the desert but that this had been reduced by loss of the Yamuna River to the east by the time the area was settled by human societies. The Harappa were able to thrive because they exploited an ecological niche that disappeared as the climate dried after 4000 years ago. The story of the Harappan gives us pause for thought concerning the effects of future climate change in this heavily populated region”.

This work was funded by the National Science Foundation, the Leverhulme Trust, Woods Hole Oceanographic Institution, the University of Aberdeen, and Louisiana State University.