90th anniversary of insulin celebrated at Aberdeen
28 May 2012 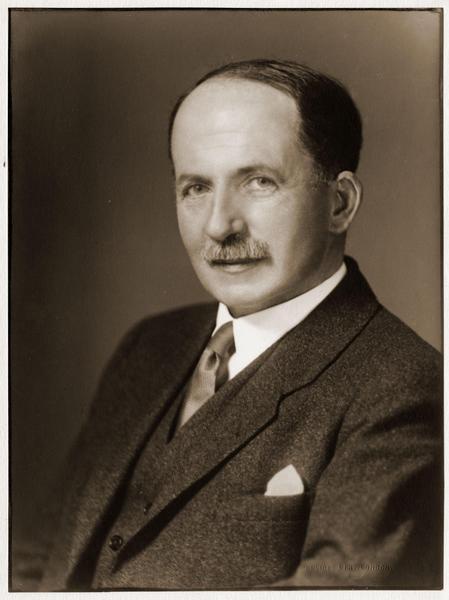 Ninety years ago a University of Aberdeen medical graduate was part of a small team of scientists who made a breakthrough which changed the lives of diabetics around the world.

Former Aberdeen Grammar School pupil John J R Macleod - later to become Regius Professor of Physiology at the University of Aberdeen - played a central a role in the discovery of the life-saving therapy insulin.

Professor Macleod was Professor of Physiology and Associate Dean of Medicine at the University of Toronto - where he was known for his work on carbohydrate metabolism – when the discovery was made in 1921-22.

Dr Frederick Banting approached Professor Macleod, who was his lab director, about a theory he and medical student Charles Best had regarding a treatment for diabetes which, until the finding, almost certainly led to death.

Professor Macleod provided Banting with funding, full use of his laboratories and supervised the research.

Once the incredible breakthrough of successfully ‘isolating’ insulin was achieved, bio-chemist James Collip was given the task of trying to purify the insulin so that it could be used for testing on humans.

Banting and Macleod received the Nobel Prize for this discovery which is celebrated later this week at the University of Aberdeen’s 90 Years of Insulin public lecture which takes place at the Suttie Centre at Foresterhill on Thursday (May 31) at 6pm.

One of the speakers at the event is the American author, historian, and executive, Arthur Ainsberg, co-author of the extraordinary story of the discovery in his book Breakthrough: Elizabeth Hughes, the Discovery of Insulin, and the Making of a Medical Miracle.

Mr Ainsberg will discuss the people and the politics behind this historic discovery, detailed in his book, which is told from the perspective of eleven-year-old Elizabeth Hughes, daughter of a famous US politician, who was also one of the first recipients of insulin.

“The book was a seven year labour of love,” said Mr Ainsberg, who co-wrote it with Thea Cooper whose own family has been affected by diabetes, type 1 and 2.

“I also felt a connection to the story because in 1975 when I was 28 I was diagnosed with Hodgkin’s disease which until the early 60s had a death sentence. I was fortunate to be diagnosed when a treatment was available and I was cured.”

Professor Mary Cotter, Professor of Systems Physiology at the University of Aberdeen, who is also one of the speakers at the event, said: “It is estimated that more than 300 million lives have already been saved as a result of the discovery of insulin, this will become even more important because of the global pandemic of diabetes which is occurring.”

Professor Kevin Docherty added: “Although insulin is a wonder drug that allows most people with diabetes to lead a normal life, there are still major problems in controlling the progress of the disease. One alternative approach involves the transplantation of insulin secreting cells that have been isolated from the pancreas of  donors. We have been collaborating with scientists and physicians at the Scottish Islet Transplantation Centre to exploit advances in tissue reprogramming to provide a potentially unlimited supply of insulin expressing cells for transplantation. ”

Professor Neva Haites, Vice-Principal for Development at the University, who will introduce the event added: “We are delighted that Arthur Ainsberg is joining us from New York for our 90 Years of Insulin lecture. It promises to be a fascinating event which will shed some light on Aberdeen’s involvement in this monumental medical breakthrough plus give an insight into what is happening today towards tackling and treating the disease.”

Please visit our Net Community website for more information and to book your place.