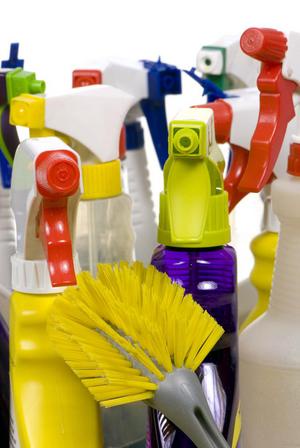 New research from the University of Glasgow, in collaboration with academics in Edinburgh, Aberdeen (James Hutton Institute and the University of Aberdeen) and INRA (France) has shown that fertility in a subset of men could be threatened by chemicals that are routinely found within our environment

Humans and other animals are all constantly exposed to a whole range of chemicals in our environment including cosmetics, detergents and pollutants.  Some of these chemicals can interfere with communication systems within the body and potentially have adverse effects on health and wellbeing.  It has been suggested that the rise in the need for in-vitro fertilization in humans, particularly as a result of low sperm counts, is due to exposure to chemicals in our environment.

In this study, the researchers looked at the testicles of sheep that had been exposed to the typical range of chemicals that humans encounter in everyday life, from when their mothers were pregnant until after puberty.

Dr Michelle Bellingham, from the University of Glasgow said, “We were very surprised to find abnormalities that could result in low sperm counts in the testicles in 42% of the animals.” The changes were not the same in all affected individuals and they were not obvious from the size of the testicles or from the concentration of male hormones in the blood.

Professor Paul Fowler, from the University of Aberdeen, added: "The key now is to work out why these everyday chemicals affect some individuals more than others.”

Prof Neil Evans, also from the University of Glasgow, said:  “These findings emphasize that even when the concentration of single chemicals in the environment may be very low, it is hard to predict what the health effects are when an individual is exposed to a mixture of chemicals.’

This finding adds to previous work conducted by this group that has shown effects on male and female reproductive organs and some of the systems within the body that regulate reproduction, in young animals born to mothers exposed to this environmentally relevant mixture of chemicals.”