Catholic library and archive to return to Aberdeen
15 May 2012 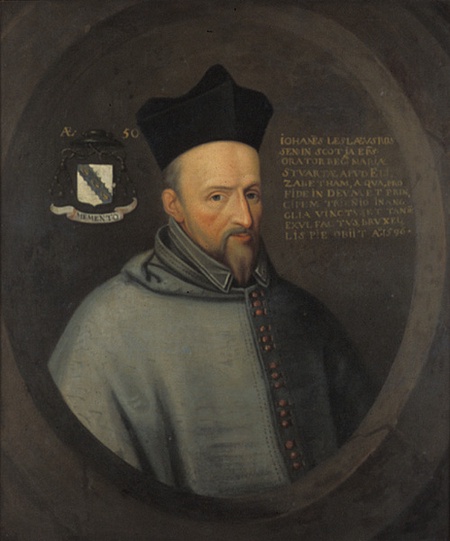 Two important Scottish Catholic library and archive collections of national and international significance are to return to north-east Scotland where they will be housed in the University of Aberdeen’s state-of-the-art new Library.

The University is preparing to receive books, manuscripts, maps and papers, including letters from Mary Queen of Scots,which relate to the Catholic Church before the restoration of the Scottish Catholic Hierarchy in 1878.

Catholicism was outlawed following the Scottish Reformation in 1560 and, until the restoration of the hierarchy, Catholics in Scotland were ministered to by an "underground" network of priests.

During this period important documents were preserved and collected in the Scots colleges abroad, which also amassed substantial libraries. Both were brought back to Scotland in the early nineteenth century.

The archive is the most significant collection of this national and international material. Much of the content relates to northern Scotland, where Catholicism continued throughout the troubled times of the 18th century in the “hidden” seminary at Scalan, in the Braes of Glenlivet, and then at the colleges at Aquhorthies, near Inverurie, and Blairs, Maryculter.

Much of the historic archive consists of Catholic family papers from Aberdeenshire and Moray.

The collection also includes letters from Mary Queen of Scots and correspondence relating to Stuarts and their Jacobite companions in exile, as well as papers dating from as early as the 12th century.

The move to Aberdeen will unite both collections with the papers of a number of north-east families closely connected with those in the Catholic archive, which are also held at the University together with outstanding Jacobite collections.

In addition to the archive the University will become the custodian of the Blairs Library, which has been on loan to the National Library of Scotland since 1974.This is an immensely valuable collection of about 27,000 books and pamphlets from before 1801, several of which are the only surviving copies.

The archive is currently held at Columba House in Edinburgh, so the transfer of these materials to Aberdeen will put the books, manuscripts and papers under the same roof for the first time since 1958.

The return of the library and archives will open up these significant resources to the public and researchers alike in the new Wolfson Reading Room of the University’s state-of-the-art Special Collections Centre. The Centre opened at the end of 2011 and is home to the University’s extensive historic collections of books, manuscripts, archives and photographs. It forms part of the striking new library designed by Danish architects schmidt hammer lassen.

Archbishop Mario Conti, president of the Heritage Commission of the Bishops’ Conference of Scotland, said: “At a time when the future location of the pre-restoration archival material belonging to the Scottish Catholic Heritage Collections Trust was under consideration, the offer from Aberdeen University, to accept it on loan and display it alongside other appropriate collections was carefully considered and prudently accepted.

“The intention of the Trustees was to preserve the material in its integrity and make it available to scholars, students and post-graduate researchers in conditions which ensured both its security and its expert care.

“The whole Catholic community is indebted to Aberdeen University, itself originally a foundation of the Church, for this fruitful outcome.”

Professor Ian Diamond, Principal and Vice-Chancellor of the University of Aberdeen, said: “We are pleased that these important collections are returning to the north-east after almost four decades.

“Our state-of-the-art Special Collections Centre is one of the best facilities in Scotland, attracting students, scholars and visitors from across the world.

“The Scottish Catholic Archive and the Blairs Library will complement our existing holdings and returns many of these significant documents to the area in which they originated.”

Professor Margaret Ross, Head of the College of Arts and Social Sciences, added: “The University of Aberdeen has an outstanding research pedigree in History and Divinity. “Bringing these important collections to Aberdeen will further opportunities for academic research and collaboration.”