Wasted milk is a real drain on our resources, study shows
14 May 2012 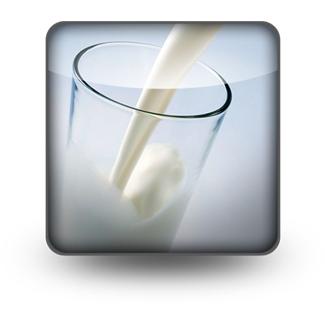 The research identifies ways that consumers could also help curb greenhouse gas emissions – by reducing the amount of food they buy, serve and waste. They also suggest the food industry could reduce emissions by seeking more efficient ways to use fertilisers.

Researchers also say halving the amount of chicken consumed in the UK and other developed countries to levels eaten in Japan could cut greenhouse gas emissions equivalent to taking 10 million cars off the road.

Figures show that if average chicken consumption in developed countries fell from the current level of 26kg each per year to the Japanese average of about 12kg each by 2020, global emissions from poultry would fall below current levels, despite increased output from the developing world. This would cut the predicted global output of nitrous oxide, a key greenhouse gas, from this source by almost 20 per cent, based on current growth rates.

Demand for food, particularly meat, is expected to increase over the next few decades as the world’s population continues to grow and emerging countries consume more.

Agriculture is the biggest source of nitrous oxide, a powerful greenhouse gas that is emitted by soil and fertilisers. Producing meat produces more emissions than growing crops, as large amounts of cereals are grown to feed livestock.

Researchers arrived at their findings by examining data for global agricultural production of greenhouse gases together with consumption of food in various regions of the world. The study, carried out in collaboration with the University of Aberdeen and partners in Europe and the US, was published in Nature Climate Change.

Dr David Reay of the University of Edinburgh’s School of GeoSciences, who led the study, said: “Eating less meat and wasting less food can play a big part in helping to keep a lid on greenhouse gas emissions as the world’s population increases.”