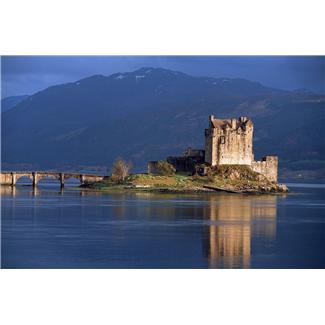 Archaeological evidence left by the Romans in Scotland and the future of the country’s castles will be explored in two evening lectures taking place this month, hosted by the University of Aberdeen and organised by the Society of Antiquaries.

Dr Rebecca Jones of the Royal Commission on the Ancient and Historical Monuments of Scotland will give a lecture entitled “On the March: Roman camps in Scotland”, on Wednesday May 9.

Dr Jones will discuss the archaeological legacy left by the Roman army in Britain that is the envy of the rest of the Roman world, focusing specifically on the less well-known temporary camps which were constructed to house the army for short periods of time while on campaigns patrols and manoeuvres.

As the northern frontier zone of Britain was subject to repeated campaigns by the Roman army, the area possesses a wide and fascinating range of camp sites recorded both as earthwork remains and through crop markings from the air.

The lecture, which will show numerous illustrations of the archaeology, will be of interest to all those who wish to know more about the archaeology of the Roman army its campaigns in northern Britain and the ancient military mind.

On Tuesday May 15, Dr Allan Rutherford of Historic Scotland will speak on “Renewed Life for Scottish Castles”.

His talk will examine both ruined and occupied castles, considering the history of the conservation and restoration of a number of those buildings against the background of what the idea of the castle has meant to Scots over the centuries.

As well as exploring the history of castles and their role in Scottish society, Dr Rutherford’s lecture will discuss the ways in which they were absorbed within later building complexes as domestic requirements and social aspirations changed.

The issues surrounding the conservation and restoration of castles in modern times will also come under the spotlight in the talk, which will be of value for everyone with an interest in castles, including those who might be considering undertaking work on one.

Both lectures take place in New King’s, adjacent to King’s Museum on the University of Aberdeen’s King’s College campus and begin at 7.30pm.

The lectures are free to attend and booking is not required.

For more information please contact King’s Museum on 01224 274330 or by email at museums@abdn.ac.uk.