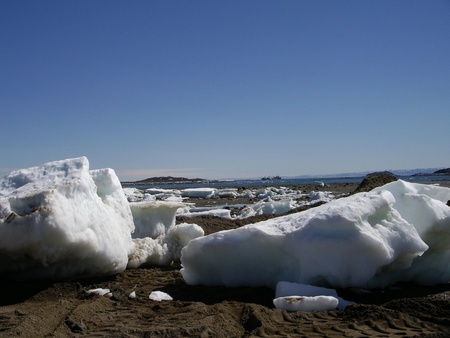 The University of Aberdeen is launching a new, cross-disciplinary research theme on The North which will place the institution at the forefront of research throughout the northern circumpolar regions.

The North has been adopted as a strategic priority by the University and is an area in which the institution is already achieving world-class distinction, across a range of disciplines in all three Colleges.

The theme will be led by Professor Tim Ingold, of the Department of Anthropology, and will bring together researchers from a wide range of subjects ranging from archaeology to medicine.

Four major research projects based on The North will commence in the autumn of 2012. These are:

In the coming months a number of postdoctoral research fellows and doctoral students will be appointed to carry out the work alongside established staff.

Professor Ian Diamond, Principal and Vice-Chancellor of the University of Aberdeen, said: “Aberdeen lies at the gateway to a region that, besides Scotland, extends eastwards to the Nordic and Baltic countries and to northern Russia and Siberia, and westwards to Iceland, Greenland, Canada and Alaska. This northern region is defined not so much by latitude as by the tight intersection of climatic, environmental, historical, geopolitical and cultural conditions, all of which come together to give it a significance for the future of life on earth quite out of proportion to its relatively sparse human population.

“In a number of fields, such as in geosciences, environmental biology, archaeology, anthropology and Scandinavian studies, the University has already established a leading international research reputation. No other University in the UK currently comes close to being so heavily invested in northern research, and in none are the prospects for the future development of research in the region so promising. This is an area in which the University can achieve world-class distinction.”

Professor Ingold added: “Today the circumpolar North is regarded as an observatory for changing relations between human societies and their environments. Aberdeen is the principal centre for northern research in the UK.

“These four exciting new projects on The North will further cement the University’s status as a centre of excellence for research in this important area.

“We will also seek to work with other centres across the northern world to enhance global understanding and policy for this fragile and sensitive region of the world.”