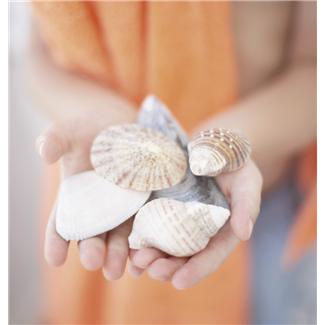 Did you know that most seashell are right-handed? Or that some climbing vines show tendencies towards left or right-handedness?

The mysterious phenomenon of handedness in nature will be the focus of a free lecture taking place in Aberdeen next week.

Professor in Mathematical Modelling at the University of Oxford, Alain Goriely, will provide an insight into the mechanics within nature which dictate that most structures are either left or right handed – or both.

His talk, which takes place on Wednesday (May 9) at the University of Aberdeen’s King’s College Conference Centre, is part of the University’s RV Jones Lecture Series which commemorates Reginald Victor Jones, one of the institution’s most distinguished professors in applied physics and engineering, who played a key role in the defence of Britain during World War II.

“The ultimate origin of this handedness is one of Nature's great mysteries. However, mechanics play a fundamental role in assigning handedness and carrying this information from microscopic to macroscopic scales.

“My talk will give an overview of the general problem of handedness, trace its evolution in the history of science, and use examples from biology to illustrate the interplay between mechanics and handedness with some surprising twists.”

Professor Goriely’s talk is the fourth in the RV Jones series of lectures by leading experts in the field of engineering.

Places at the event are free of charge and advance booking is required – visit https://www.abdnalumni.org/netcommunity/rvj090512 to reserve a place.