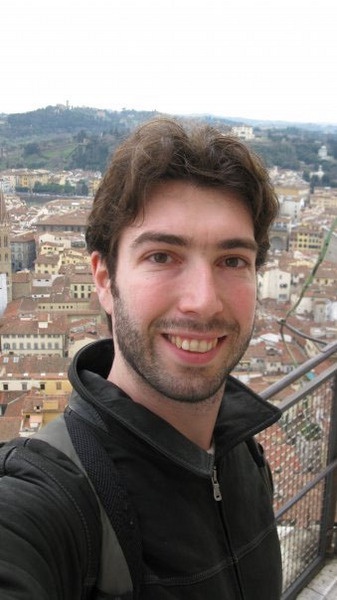 Twenty years ago in a café in Paris, philosopher Marc Sautet came up with an idea to bring people together in a public friendly forum where they could discuss ideas.

From this Café Philosophique was born and since then thousands of participants worldwide have adopted Sautet's idea as a way to enhance their thinking and debate important issues in a relaxed and friendly setting.

Now Aberdeen will join this international movement with its own Café Philosophique series beginning on Monday (April 23).

Organised by the University of Aberdeen, it is another extension to the popular programme of community cafes which has grown to include topics such as science and medicine and has expanded into Aberdeenshire with events in Banchory, Inverurie and Fraserburgh.

Organiser Federico Luzzi, Outreach and Knowledge Transfer Officer for the Northern Institute of Philosophy at the University of Aberdeen, said engaging with philosophy offers many benefits in everyday life.

“Philosophy involves mental gymnastics – it is a way of training your brain to think rationally and logically.

“This develops a set of skills useful in all walks of life. For example, those who do philosophy tend to be attentive to detail, spot fallacies in other people’s claims and are less likely to be misled by advertising.

“Studies have also indicated that those who do philosophy once a week improved their IQ scores.”

Aberdeen’s Café Philosophique series will begin on Monday at the Blue Lamp, Gallowgate, with Dr Carl Baker and Dr Alexandra Plakias, from the Northern Institute of Philosophy. They will debate whether we should always respect the moral tolerance of others, even when their beliefs are biased or prejudiced, or attempt to change their minds.

It will continue on May 22 looking at how well we know ourselves and then on June 15 there will be a special screening of the Matrix at the Belmont Picturehouse, Belmont Street, accompanied by a debate as to whether the world we take to be real is in fact a giant computer simulation.

Dr Luzzi said no prior knowledge of philosophy is required to join the debate.

“All that is needed to be a philosopher is the ability to reason and the idea is to do philosophy together, collaboratively,” he added.

“Those who come along will be able to engage with the ‘puzzles’ of philosophy and provide new insight, even if they know nothing of the subject.”

Dr Ken Skeldon, Head of Public Engagement with Research, at the University of Aberdeen, said:  “It is fitting that Cafe Philosophique Aberdeen is launching now on the 20th anniversary of the café movement first starting in France.

“Aberdeen’s community café programme is the biggest initiative of its type in the UK, and Café Philosophique will broaden still further the research areas with which the public can engage”

Café Philosophique is supported by the Royal Institute of Philosophy.