Could cabbage hold the key to preventing diseases?
04 April 2012 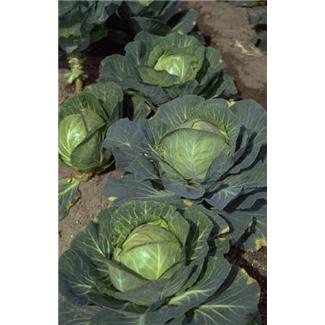 Scientists are investigating whether compounds found in cabbage could help prevent against diseases such as cancer and cardiovascular diseases.

Experts from the University of Aberdeen’s Rowett Institute of Nutrition and Health are calling for volunteers to take part in a study into the potential health benefits of different varieties of the vegetable.

Dr Wendy Russell, from the Rowett Institute, who is leading the project, said: “Our study will investigate compounds found in different species of cabbage produced in Scotland, with the aim of identifying which ones have a positive impact on health when we eat them.

“Volunteers taking part in the research will be required to eat quantities of kale, white and red cabbage, and we will monitor the affect eating these vegetables, has on their body over the course of a day.

“Building a clear picture of where the different compounds found in cabbage travel in the human body, and what they are converted into, will help us understand if any of these compounds could potentially help prevent against different types of cancers and cardiovascular diseases.”

The study is one component of a wider project being conducted at the Rowett Institute looking at the potential health benefits of Scottish produce.

It is part of a major multidisciplinary research initiative funded by the Scottish Government to address issues such as climate change, land use and food security.

Dr Russell continued: “The overarching aim of our research is to not only improve Scotland’s health but also boost the wealth of the nation.

“If we can identify compounds in foods produced in Scotland, such as cabbage, which have clear health benefits it would provide the evidence needed to encourage the public to choose these foods as part of their regular diet.

“It would also allow us to give strong agricultural advice on developing strains of these vegetables that are more prominent in these particular compounds, and to influence manufacturers of health-conscious ready meals to include these vegetables in the products they develop in the future.”

Healthy, non-smokers from Aberdeen city and shire, between the ages of 18 and 55 are sought for the cabbage study, which will be based at the Rowett Institute of Nutrition of Health in Bucksburn.

Volunteers should not be taking any prescription medication, regular aspirin, anti-inflammatories, antihistamines, antibiotics or nutritional supplements.

Those interested in taking part in the study should contact David Bremner on 01224738785 or by email at D.Bremner@abdn.ac.uk.