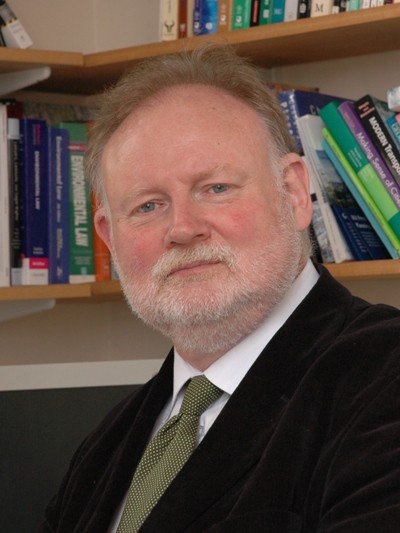 In the small hours of the night of April 14th, 1912 the Titanic hit an iceberg and sank in the icy waters of the North Atlantic.

The loss off the ship on her maiden voyage sent shockwaves around the world, and in Belfast, where she was designed and built, the disaster cast an even greater shadow over the city.

On the centenary of the ship striking an iceberg, a University of Aberdeen academic will consider whether commemorating the disaster can be reconciled with ‘Titanic tourism’.

Professor William Neill will deliver the keynote paper at a two-day conference to be held in Berlin on April 14 and 15. His paper is entitled: ‘Memory and marketing in the birth place of Titanic’.

The Professor of urban planning will debate whether the Titanic legacy in Belfast has been coarsened by a commercial drive to promote and to attract tourists to the city.

He said: “Belfast is unique in terms of the significance of the Titanic but the question must be raised as to whether that memory has been treated with enough respect.

“The city has lived with the shame of the sinking for many years. That has turned a corner and it is important that the role Belfast’s great shipyard played in our maritime history is acknowledged. Whether, what is now a mythic legacy, should have been tied so closely to financial gain through selling infotainment is more debateable. The Titanic Belfast Signature Project, opened a few days ago, has already been described by some of the world’s media as a ‘Disaster Tourism Theme Park’.

“To host an MTV pop music extravaganza on the slipway where Titanic was built, on the eve of the centenary, begs some questions of taste, respect and dignity no matter what the promotional hype.  The myths that have grown from the Titanic story still have a great resonance but we need to consider carefully how the memory of the Titanic should be represented.”

Professor Neill, who is originally from Belfast, said the conference in Berlin seeks to lift the discussion and broaden debate about how cities should deal with important heritage involving tragedy, death and commemoration , a field sometimes referred to as ‘dark tourism’.

He said: “It will ask if Titanic Belfast is the latest spectacular addition to the city’s existing landscape of ‘dark tourism’.

“Remembering and memory is an active process and I’m interested in the physicality of that. I will be talking about heritage as something that is socially constructed – certain poems, songs, or hymns take on a greater importance in our culture than others and the same applies to what gets built and what gets conserved in the changing physical landscape of a city.

“In Belfast much has been made of the centenary and new buildings constructed but at the same time the magnificent Drawing Offices where Titanic was designed have been allowed to languish in a state of decay overshadowed by the new Titanic experience visitor attraction.

“My research interests revolve around the expression of identity in the city and I am dismayed to see how my own home city has branded a Titanic Quarter where tacky souvenirs are plentiful but where one of the most important physical legacies of the Titanic story, the womb of the ship of imagination, has been side-lined and neglected.”

Professor Neill is also senior editor of a book looking at the Irish dimension of the ship titled ‘Relaunching Titanic’ which is due out later this year.

He said Germany’s capital city provided an appropriate backdrop for a discussion on how cities with strong tourism potential come to terms with a troubled past. The conference ‘Titanic remembered: exploring the ethics of memory construction in the tourist city’ will be held at the European Academy of the Urban Environment.

“Much can be learned from Berlin where there has been a laborious process of thinking about how to treat the responsibility of memory,” Professor Neill added.

“Many ships have gone down with the loss of many more lives than the Titanic but it is the Titanic that has stuck in the public imaginationfor a century.

“There is now almost something sacred about that memory as it has been transmitted into myth but in the city where she was built the focus seems to be on the potential of a Titanic ‘brand’.

“The Titanic cultural legacy is something that belongs to all of us. It speaks to great fears but also aspirational values within our culture. It endures. I will be making the case for a Titanic ‘counter monument’ in Belfast to remind us of these rather than the commercial aspects of memory.”

For further details of the ‘Titanic Remembered’ conference visit www.abdn.ac.uk/geography/documentation/Titanic_Berlin.pdf