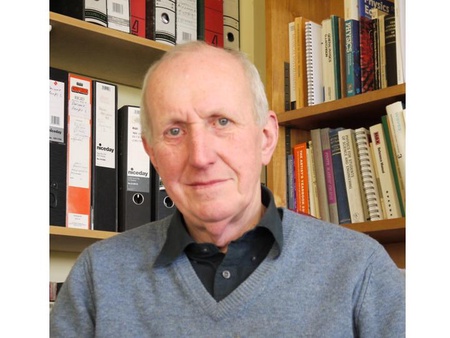 The potential of Scotland’s coastline to generate energy will be discussed in Inverurie at the next Cafe Scientifique Aberdeenshire to be held on April 3.

Organised by the University of Aberdeen, the free interactive sessions give the public an opportunity to debate hot topics in science and technology in an informal setting.

Having attracted large audiences in Aberdeen city and Banchory, the Café Scientifique programme has now been extended to take in Inverurie’s Acorn Centre, with the inaugural event last month attracting a capacity crowd.

On April 3 Professor Clive Greated, a physicist from the University of Edinburgh, will present The Rise of Coastal Power.

He will consider the implications of offshore wind, tidal and wave power from a scientific and artistic perspective.

Professor Greated has been researching wave dynamics since the 1970s and when he retired from full time work at the University of Edinburgh, he brought together his scientific and artistic interest in Scotland’s coastline to create an exhibition called Coast.

Funded by the Engineering and Physical Sciences Research Council, Coast is an exhibition of contemporary art aimed at raising awareness of coastal pollution and erosion around Scotland's coastline

It toured all over the world and has recently been developed to include a greater focus on coastal power.

Professor Greated will use the exhibition as the basis for his talk at the Acorn Centre.

He said: “I will use the exhibition to introduce the audience to developments in coastal energy such as the Pelamis Wave Power machines in Orkney and the Land-Installed Marine Powered Energy Transformer (LIMPET) system on Islay.

“I’m a scientist and engineer so I’m not going to be commenting from a planning perspective, but I will be talking about wave power and the potential for coastal energy.

“Scotland is the ideal place for wave energy and has enormous potential with massive tidal resources on the west coast and around Orkney which are very conducive to energy production.

“It is a topic which tends to generate polarised views so I’m looking forward to a lively debate in Inverurie.”

The Inverurie series is coordinated by the University of Aberdeen in partnership with TechFest-SetPoint and supported by a science engagement grant from the Scottish Government.

The talk The Rise of Coastal Power will get underway at 7pm. Entry is free and booking is not required.

Details of all cafe series in Aberdeen and Aberdeenshire can be found at http://www.cafescienceaberdeen.co.uk/