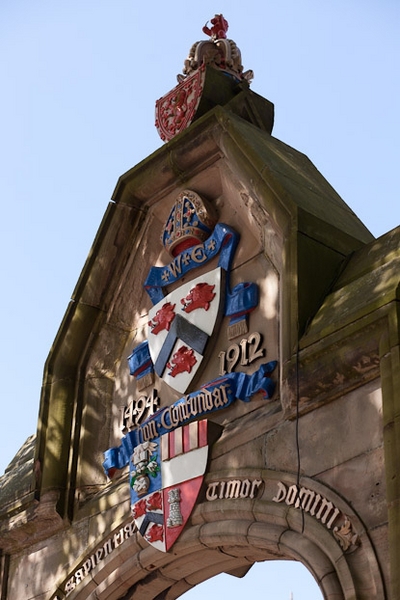 Up to one hundred new academic positions are on offer at the University of Aberdeen, as a key investment in its ambition to be ranked among the world’s intellectual powerhouses.

Outstanding individuals who have already achieved international distinction in their fields - or have clear potential to do so – are encouraged to ‘Come Here, Shape the Future’,  as the University launches a campaign to bring the world’s finest minds to northeast Scotland.

Having re-structured internally, agreed a Strategic Plan for the next few years with clear priorities, and received a positive funding settlement from the Scottish Government, the University is now in a position to target investment in strategically important areas where it has internationally acknowledged strength.

“This is another positive step forward in our ambition to raise us in the ranks of the world’s top universities.”

The new posts are targeted across the University with a number in the strategic research themes already identified by the University as areas for growth. They are Energy, Environmental Sustainability and Food Security and Pathways to a Healthy Life.

In energy, posts are being created in energy law, finance and economics, in geophysics and in engineering.

New roles in health sciences will include a chair in human nutrition, based at the Rowett Institute of Nutrition and Health and focusing in diabetes and obesity, new posts in public health research, and a new senior role in pushing forward the University’s leadership in the science of imaging and its vital contribution to understanding some of the most distressing and devastating conditions of the human body.

On the environment theme the University’s leadership in research on soil science, crop production and ecology will be invested in further, attracting both major research grants and research students from across the world.

Other strategic areas to be boosted include the digital economy – building on the £11.4m dot.rural research hub - language and literature, and music.

Two growing themes for the University which will receive new investment are mathematical biology - which brings together maths with biological sciences, computing and engineering - and peace and reconciliation studies, in which pioneering work led by the University on conflicts around the world will benefit from three new posts to exploit the potential to develop this research on achieving compromise after conflict.