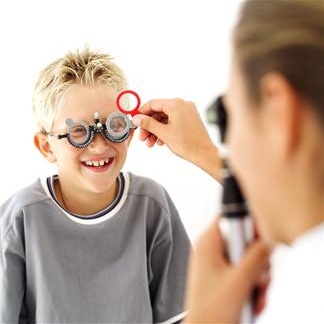 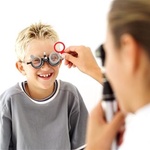 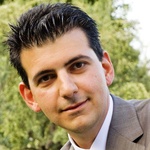 Scotland’s policy of free eye care has helped to close the health gap in eye care between those living north and south of the border, according to economists from the University of Aberdeen.

However researchers found that the uptake of optometry services remains low in poorer households meaning that the wealth divide within Scotland has actually increased.

Researchers from the University’s Business School and Health Economics Research Unit have spent the last year investigating the effect of free eye tests on the utilisation of eye care services in Scotland.

Free examinations funded under the NHS were introduced by the Scottish government in April 2006.

Prior to the introduction of the policy, fewer people in Scotland were having eye tests than those in other regions*.

The eye test charge was removed to encourage people to make wider use of optometry services and people were expected to benefit from regular eye tests.

It was also argued that there would be a reduction in waiting times and lists for patients who require referrals to hospital eye services due to more people being seen in the community, thereby reducing the risk of late diagnoses and ensuring quicker treatment.

Eye examinations are key not only in maintaining sight but may detect potentially treatable blinding eye diseases, ocular manifestations of systemic disease, or signs of tumors or other anomalies of the brain.

The study, led by Dr Alexandros Zangelidis, used data from the British Household Panel Survey and business records from a multi-branch private ophthalmic optician company operating in north-east Scotland to assess uptake of services and whether there were demographic divisions within this.

He said: “All evidence, using different indicators, points in the same direction – people in Scotland responded positively to the free eye care policy.

“The figures from both datasets indicate a rise in the number of people in Scotland having their eyes examined after the introduction of the policy in April 2006.

“Prior to the policy introduction Scotland had the lowest proportion of its population having an eye test, however by 2008 the relative difference between Scotland and the other regions had diminished.”

Dr Zangelidis said that the response from those who had not previously sought an eye test because they felt there was no problem with their vision or that their sight had remained unchanged since a previous test, was particularly high.

“Similarly, there was a rise of patients with stable prescription of 11.7% and 30.1% respectively over the same time periods.

“This may indicate that the policy has encouraged those individuals who previously thought there was no reason to have an eye test to attend the optometrist more regularly.”

However, Dr Zangelidis argues that while this can be seen as an important success of the policy, it is not enjoyed equally across all socio-economic groups.

“Our analysis suggests that people with low education and those from poorer households not only have overall lower levels of eye examinations, but had a weaker response to the policy when compared to highly educated people and those from wealthier households,” he said.

“As a result of that the inequality in eye care utilisation in Scotland has actually risen.”

Dr Zangelidis said he hoped the findings of the study, which was funded by the Chief Scientist Office, would promote further debate on closing the healthcare gap when it comes to eye care.

“From a policy perspective, these findings clearly indicate that policy makers should focus on the more vulnerable segments of society in order to alleviate or narrow this inequality,” he said.

“The differences between the educational groups warrant that more effort could be devoted to informing the public about the free eye care policy and educating them about the benefits of an eye examination.

“A plausible explanation for why the people at the bottom of the income distribution did not respond so strongly to the policy, despite lifting the cost of the eye examination, could be the perceived pressure they may feel to buy spectacles once a prescription is given by the optometrist.

“If this is indeed true, then other policy options must be explored.”

RNIB Scotland has warned that without prevention strategies such as free eye health checks the number of Scots with significant sight loss could double over the next two decades.

John Legg, director of RNIB Scotland, said: "What we commonly refer to as eye tests are more accurately eye health checks.  This important research proves that the policy has led to more Scots, overall, having their eyes examined.

“We know that this has led to more people's sight and other conditions being diagnosed in time to treat them.  This is much more cost-effective than meeting the health and social costs of people who might otherwise go on to lose vision unnecessarily.  But the research has also done a vital service in highlighting more must be done to get this message across to the least advantaged members of society."

The researchers of this project are: