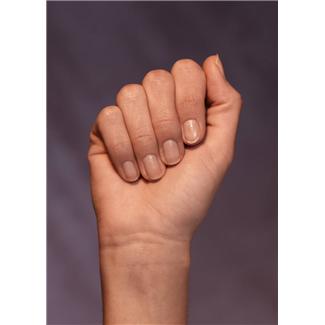 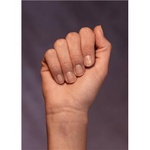 The software application being developed by scientists in Aberdeen is the first of its kind in the world which can be used on portable devices and allows users to customise sign language to their own specific needs.

The technology has the potential to transform how sign language users communicate, whether they are profoundly deaf or have lost hearing in later life.

Computing scientists at Technabling, a spin-out company of the University of Aberdeen, are behind the technology which aims to bridge the gap between sign language and more standard forms of communication.

One of its main focuses is to help young deaf people gain employment opportunities.

Dr Ernesto Compatangelo, a lecturer in Computing Science at the University of Aberdeen, and founder and Director of Technabling said:

"The aim of the technology – known as the Portable Sign language Translator (PSLT) - is to empower sign language users by enabling them to overcome the communication challenges they can experience, through portable technology.

"The user signs into a standard camera integrated into a laptop, netbook, Smartphone or other portable device such as a tablet.

"Their signs are immediately translated into text which can be read by the person they are conversing with.

"The intent is to develop an application - an "app" in Smartphone terms - that is easily accessible and could be used on different devices including Smartphones, laptops and PCs."

The PSLT has the potential to be used with a range of sign languages including British Sign Language (BSL) and Makaton.

The number of people in the UK whose first or preferred language is BSL is estimated to be between 50,000 (Action on Hearing Loss) and 70,000 (British Deaf Association)[1].

BSL is however, a general-purpose language and therefore poses limitations for users, making it impossible for them to easily express certain concepts and terms that are very specific or used only within particular areas of society – for example education and the workplace.

To overcome this, PSLT enables users to personalise sign language to their own individual needs.

Dr Compatangelo continued: "One of the most innovative and exciting aspects of the technology, is that it allows sign language users to actually develop their own signs for concepts and terms they need to have in their vocabulary, but they may not have been able to express easily when using BSL.

"Whilst the technology has the potential to transform the lives of all sign language users, a key target market has been identified.

"Our research is being funded by the UK Department for Business, Innovation and Skills[2] and the Technology Strategy Board under the SBRI (Small Business Research Initiative) scheme with the specific remit to create technology to enhance the lives of deaf people with special emphasis on post 16 learners, i.e., young people who are either in education or training.

"The key intent is to enable sign language users of this age, and beyond, to overcome the communication disadvantage they experience, allowing them to fulfil their education potential and enter the job market.

"The personalised aspect of the technology is crucial to making this happen.

"For example – for a student who is being trained in joinery, there is no sign in BSL which means "dovetail joint".

"A student using PSLT can create their own sign to mean "dovetail joint" allowing them to communicate easily with their tutor or other students in their class, without the limitations imposed when communicating solely with BSL."

Sign language users have inputted into the development and testing of the product since its conception.

Scientists on the project are now encouraging sign language users from Aberdeen city and shire to get in touch to become involved with its ongoing development. Those interested should contact Dr Compatangelo at pslt@technabling.co.uk.

It is anticipated that the technology will be available as a product by next year.

For more information on the PSLT visit http://www.pslt.org/

[2] The development of the Portable Sign language Translator (PSLT) is funded by £150K from the Small Business Research Initiative (SBRI) sponsored by the Department for Business Innovation and Skills (BIS) and the Technology Strategy Board (TSB) and managed by JISC TechDis, a leading UK advisory service on technology and inclusion.