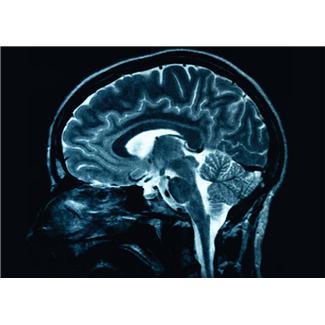 A charity dinner to be held in Aberdeen will raise funds for a high-tech piece of kit that will aid imaging helping to detect early signs of dementia.

The Funny Memories dinner is being organised on behalf of the Lord Provost’s Charitable Trust by Charles Bain, whose late father Charlie and father-in-law Roy both had Alzheimer’s disease.

Charles organised a previous dinner in 2010, which raised £19,000 to buy an activity bus for elderly and vulnerable people, which is run by VSA and used by Grandholm Care Home, where Mr Bain snr was a resident.

He is hoping this year’s event, which will be held at the Mercure Ardoe House Hotel on March 24 and is already sold out, will raise around £25,000 towards the kit which will help University of Aberdeen research.

Celebrity ventriloquist Paul Zerdin will be the guest star at the dinner, fresh from appearances on the Royal Variety Show, ITV's Tonight at the London Palladium with Bruce Forsyth and in Las Vegas.

Sponsored by Apache North Sea, the night will be compered by Dave Macdermid. Lord Provost Peter Stephen will join guests for a drinks reception before dinner, a silent auction and raffle, followed by dancing to 11-piece band Aristocats.

Charles, who is director of CEURO Communications Ltd, said: “We are looking forward to welcoming more than 330 guests to the dinner, which we hope will be even bigger and better than the Magic Memories event in 2010.

“The theme for the night is Funny Memories and we have a very funny celebrity in the shape of Paul Zerdin to entertain the guests, along with the Aristocats.

“My goal is to raise more than £25,000 towards an analytical unit called a Mass Spectrometer which will be instrumental in identifying the early stages of dementia and be the vehicle for many people to get early treatment, minimising the emotional and financial challenges this brings to families, friends and health organisations.”

All the proceeds will support the university’s Brain Imaging Team, which is working on a number of innovative projects at the forefront of the fight against dementia and has made significant progress in utilising brain imaging techniques to detect the early signs of diseases leading to dementia in older people.

Professor Matteo Zanda, Chair in Medical Technologies and facility manager of the John Mallard Scottish Positron Emission Tomography (PET) Centre at the University of Aberdeen, added: “We are very grateful to the organisers for their help and support towards the acquisition of the Mass Spectrometer for our PET imaging Centre.

“This sophisticated instrument will tremendously contribute to both quality and quantity of our research in the area of dementia. The spectrometer will enable us to discover and develop more efficiently novel promising diagnostic molecules for detecting damaged areas of the brain in Alzheimer’s Disease and other forms of cognitive decline using PET imaging.”

The Lord Provost’s Charitable Trust has previously backed the appeal, which is also being supported by city social care charity VSA and Raeburn Healthcare, which provides nurse-led healthcare and care at home services, enabling clients – including many who have Alzheimer’s - to live as independently as possible with privacy and dignity in the comfort of their own home.

The Lord Provost’s Charitable Trust is a fund independent of Aberdeen City Council, which was set up for the millennium to support good causes of all kinds in the city.