Continue
Success across the board for University sport
08 March 2012 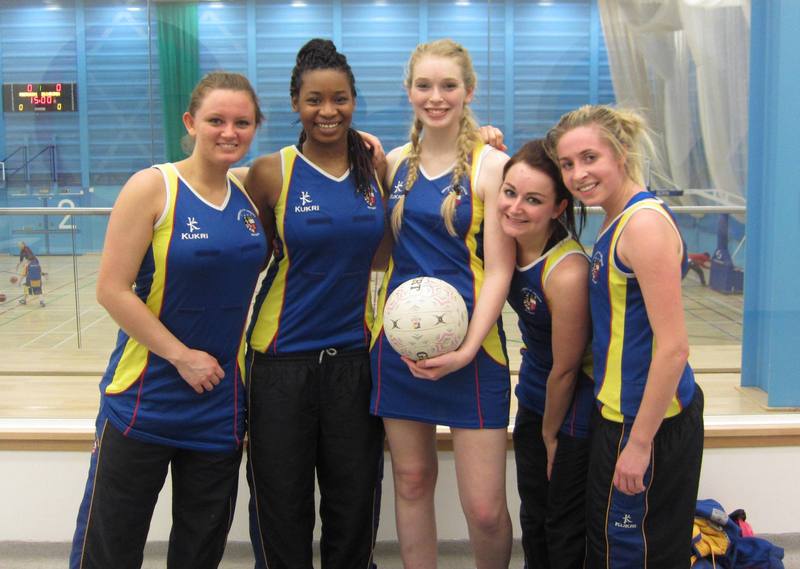 With the season nearly over and the Granite City Challenge less than a week away, Wednesday was another successful day for the University of Aberdeen on the sports field with crucial wins both in the league, cup and plate competitions.

The victory demonstrated the improvement made by the team as they won the reverse fixture earlier in the season by just two points. It also saw Aberdeen captain Francesca Lamb come face to face with her sister who was playing on the Heriot Watt team.

The Basketball Women’s 1st team secured their place in the Scottish Conference Cup finals on the March 21 by putting away Edinburgh 2nds 56-35. Having already wrapped up their league, the players are now looking forward to competing for a league and cup double in a fortnight.

Also in knockout competition, the Football Men’s 3rds won the closest match of the day as they beat Glasgow Caledonian 2nds on penalties after a 2-2 draw. The victory put them into the Plate final in a fortnight and still with the possibility of getting double success in league and Plate.

In their last game of the season the Women’s Lacrosse 1s demolished their Stirling opponents with a 20-2 victory in the Aberdeen spring sun. The club has grown dramatically in size over the last two years and now hopes to build on this success.

Adam Downie, president for Sport said the success enjoyed in such a variety of sports shows both the depth and breadth of talent at the university.

He said: “This has been another very successful week for University sport and we’re delighted to see such convincing victories, even at such a late stage in the season.”

“These successes come at the start of a busy week for University sport, with the annual Aberdeen Asset Management Universities’ Boat Race on Saturday, followed  on the Sunday by our famous Superteams event on King’s pitches.

“Next Wednesday is the Granite City Challenge with around 30 teams competing against RGU and today’s victories will be a great boost ahead of that.”