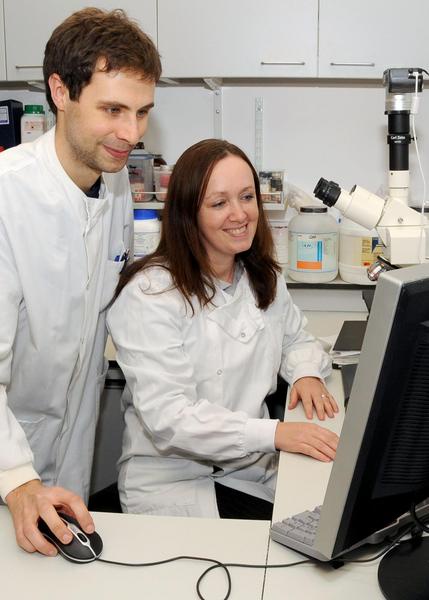 Friends, colleagues and students of a popular scientist who lost her battle with breast cancer will take part in races to honour her memory and raise funds for University of Aberdeen research into the disease.

Dr Gail Ferguson was a senior lecturer in medical microbiology and translational medicine at the University of Aberdeen.

She was an award-winning microbiologist who had been carrying out research into bacteria to try to find new ways of controlling infectious diseases and she hadpublished over 30 research papers. In October last year Gail took up a pivotal role within a new collaboration, trying to find a new topical treatment for MRSA as well as other hard-to-treat bacterial skin infections.

The 42-year-old mum of one, who had also worked at Massachusetts Institute of Technology and the University of Edinburgh, was just diagnosed with breast cancer in May 2011. Despite undergoing gruelling chemotherapy, Gail still continued with her research. Sadly two days after Christmas, she lost her fight with cancer.

Friends and colleagues of Gail want to honour her memory by taking part in the RunBalmoral 5k and 10k races on April 28.

Laura Katvars, first year PhD student and the newest addition to Gail Ferguson’s research group, said: “To continue Gail’s fundraising for breast cancer research at the University of Aberdeen we decided to take part in the RunBalmoral challenges. Gail was as an outstanding talent and we wanted to do something in her memory that we knew she would appreciate.”

Markus Arnold, Gail’s 4th year PhD student, said: “Gail was always very helpful and had an open door policy whenever we had a question or problem. She was an excellent scientist who is very much missed by all.”

Bernhard Kerscher, Gail’s 2nd year PhD student, also said: “I got to know Gail as a very energetic supervisor who taught me a lot about conducting scientific research and had a huge impact on my professional development.”

Kamila Myka, Gail’s 3rd year PhD student, added: “Gail was a very sociable person, she always initiated birthday celebrations and social gatherings. She was also a very keen sportswoman and thoroughly enjoyed playing netball. I am sure she would approve of our fundraising efforts.”

Anyone wishing to give their support to the runners and help raise money for breast cancer research at the University of Aberdeen can do so here: