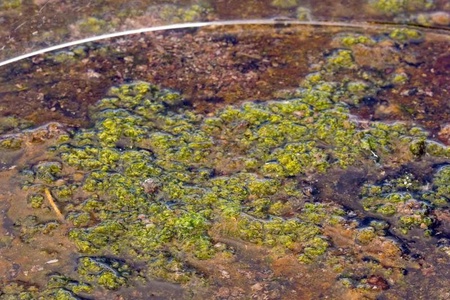 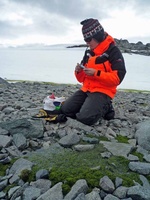 Polar ecosystems could be at risk from the spread of toxic cyanobacteria if the climate continues to warm, say scientists.

Researchers studied cyanobacteria - the blue-green algae found in almost every body of water - in samples taken from the Arctic and Antarctic.

Blooms of these tiny microbes - known as cyanobacteria mats – can form in waters where there is an abundance of nutrients.  These can often be seen on the surface of lakes, ponds, streams and other stretches of water.

Cyanobacteria are hugely important because of their role in 'carbon-fixing' - absorbing carbon dioxide from the atmosphere and helping maintain healthy oxygen levels while turning the carbon into food for other organisms.

However, some cyanobacteria can also contain toxins which can be potentially harmful for other organisms, especially animals.

While cyanobacterial mats are the main terrestrial and freshwater carbon fixers in polar regions since the climate is too harsh for most higher plants, it was not known whether cyanobacteria here contained the toxins found in cyanobacteria in habitats elsewhere, because toxins tend to be produced by cyanobacteria in warmer waters, not in cooler climes.

Scientists took cyanobacterial samples from five locations in the Arctic and Antarctic and then exposed the samples in the lab to temperatures that could be experienced in these regions if the mercury continues to rise in the pattern seen over the last five decades.

Professor Frithjof Kuepper, Chair in Marine Biodiversity at the University of Aberdeen, was part of the international collaboration led by Julia Kleinteich, University of Konstanz, which has published its findings in Nature Climate Change.

He said: “We were not sure beforehand whether toxin producing cyanobateria occurred in the Arctic and Antarctic at all, but we discovered that cyanobacteria in the polar regions do indeed contain toxins.

“We also discovered through our experiments in the lab that if the temperature of the simulated environment went up, the abundance of toxins in cyanobacteria also increased.

“The fastest rates of recent climate warming have been reported for the Arctic and the marine Antarctic – the average annual temperatures increased by 0.5°C per decade during the past 50 years.

"Our data suggest that a shift in the temperature range of 8 - 16 °C, which could be reached during summer months in polar regions with the current warming rate, is likely to affect cyanobacterial diversity and promote the presence of toxin producing species.

"In turn this could lead to profound alteration of Arctic freshwater polar ecosystems because toxic blooms are potentially harmful to other organisms, in particular animals higher up the food web."

Professor Frithjof Kuepper is available for interview. To arrange,contact Jennifer Phillips on 01224 273174.