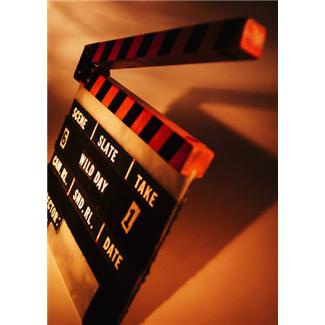 A University of Aberdeen graduate who has been involved in overseeing the production of more than 100 films including Trainspotting, Four Weddings and a Funeral and Notting Hill will pass on the benefit of his experience to current students and members of the public tonight (February 29).

Malcolm Ritchie, a University of Aberdeen graduate who has enjoyed a successful career in London and Los Angeles as former Chief Operating Officer of Polygram Films, will host a masterclass at the Belmont Cinema.

He is currently partner or director in four media companies, including some of the largest in Scotland, and during his time at Polygram Films was responsible for overseeing a large number of highly successful movies, including Lock Stock and Two Smoking Barrels, The Hudsucker Proxy, Dead Man Walking, Bean, The Big Lebowski, Elizabeth and many more.

The session forms part of the University of Aberdeen’s successful Director’s Cut series, which sees high profile filmmakers and broadcasters discuss their careers.

It is the first time a community outreach masterclass of this kind has been held and Dr Alan Marcus, Head of Film and Visual Culture at the University and organiser of the series said the idea was to give students and film lovers insight into the business side of making movies.

He said: “We are delighted to have an industry specialist of Malcolm Ritchie’s calibre to take part in this special Director’s Cut Masterclass, which marks a joint collaboration with the University’s Business School.

“Malcolm’s immense experience at the top of the Hollywood and Scottish film industries is impressive, and will be of huge interest both to our students and members of the public attending the event.

“This essential area focusing on the interrelationship between the economics, funding, distribution and marketing side of the film industry rarely forms part of most Film Studies University programmes, and we feel this is a valuable opportunity to redress that balance by launching a short series of masterclasses on the theme.’

The Masterclass series will continue on March 7 when Ken Hay, former CEO of Scottish Screen, will share his experience.