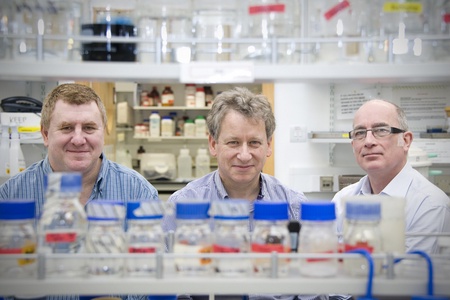 Invasive fungal infections are responsible for around 1.5 million deaths worldwide each year.

Yet fungal infections are poorly understood and have much less public awareness than diseases caused by bacteria, viruses and parasites.

Now the University of Aberdeen has been awarded £5.1M from the Wellcome Trust to lead a major UK collaboration which will take a ‘laboratory bench to hospital bedside’ approach to tackle the problem.

The Aberdeen Fungal Group - the biggest fungal research group in Britain and one of the largest in the world – will head the new 'Medical Mycology and Fungal Immunology Consortium' which will also be supported by scientists at Imperial College London and the Universities of Newcastle, Manchester, Birmingham, Kent, Exeter and other UK institutions.  The Consortium’s aims include:

·         Leading a research and training programme, harnessing UK expertise, to better understand fungal infections and immunity to these diseases and to train a new generation of scientists and clinicians

·         Promoting greater public awareness of fungal infections using channels such as You Tube and the web.

Professor Neil Gow, Chair in Microbiology at the University of Aberdeen, is Director of the Consortium.  He said: "People are very familiar with superficial fungal infections, such as ringworm and athlete’s foot, which affect approximately a quarter of the world’s population and are usually easily treated.

“Fungal infections of the mouth and genitals are also common – thrush is estimated to affect 75 million women each year while oral infections are common in babies and denture wearers. Again these can be treated relatively easily in healthy patients.

“However invasive fungal infections - infections in the major organs of the body - are associated with high mortality rates.

“Immunocompromised patients, such as cancer, trauma and HIV patients; and people who have undergone bone and organ transplants, are more susceptible to fungal infection.

“These kinds of infections are sometimes known as ‘the disease of the diseased’, and yet the study and awareness of fungal infections lags behind studies of other classes of microbe that cause disease.

Professor Al Brown, a chair in Microbiology at the University of Aberdeen and Co-Director, said: "There are a number of different fungal pathogens but the big four that pose the most risk are Candida, Aspergillus, Pneumocystis and Cryptococcus.

“Each year Candida is estimated to cause 400,000 life-threatening systemic infections of the body’s major organs.

"We need better treatment for fungal infections, better ways of diagnosing the problem and better understanding of its immunology and pathology and those are the challenges our consortium will tackle.”

Professor Gordon Brown, Sixth Century Chair in Immunology at the University of Aberdeen and Co-Director, added: "There are more than one million cases of Cryptococcus infections per year in Sub-Saharan Africa and these claim more lives than AIDS-associated tuberculosis.

"Other fungal species cause major endemic problems in developing countries where local expertise in fungal pathology is often limited.

“The award from the Wellcome Trust will enable the Consortium to promote national and international collaborations to enhance the understanding and treatment of fungal infections in developing and developed countries.”

Professors Gow, Brown and Brown together with Professor Mihai Netea at Radboud University Nijmegen Medical Center, Nijmegen, The Netherlands, spent two years developing and refining plans for the Consortium before seeking funding from the Wellcome Trust.

Professor Ian Diamond, Principal and Vice-Chancellor of the University of Aberdeen, added: “The Wellcome Trust Strategic Award is the single biggest award ever granted in the UK to the field of medical mycology and fungal immunology.

“It places the University of Aberdeen at the heart of a major research and training consortium that will deliver a new generation of clinical and research scientists to fight these devastating infections.”

The Aberdeen Fungal Group is the largest research group in the UK specialising in medical mycology and fungal immunology and comprises around 50 research staff.

About the University of Aberdeen:

The University of Aberdeen is a centre of excellence for life sciences. Translational research is a particular strength for the University as its health campus is based on one of the largest teaching hospital sites in Europe.