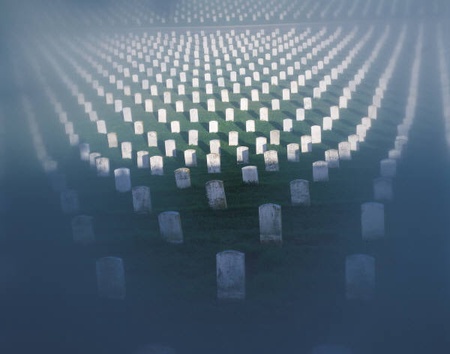 Could we die in a more environmentally friendly way? Greener alternatives to traditional burial methods will be the subject of a free talk in Aberdeen this week. From a flame-free method, which uses less energy and emits significantly less greenhouse gases than cremation, to natural burials in coffins made from recycled materials, advances in technology and society mean we can now choose a funeral that is environmentally conscious.

Libby Peake, Editor of Resource magazine, will give an overview of the options available and discuss the varying public opinions on these greener alternatives, in a talk on Wednesday (February 15).

The event takes place at Waterstone's Union Bridge branch beginning at 7pm and is part of the University of Aberdeen's Café Scientifique series.

Libby said: "For people who want to be as green in death as in life, environmentally-friendly alternatives are on the increase.

"Most people are no longer buried in the UK - these days, over 70 per cent of the population opts for cremation seeing it as a more sustainable option than burial.

"But the process carries significant environmental implications, the most significant of which is emissions to air.

"A typical cremation is fuelled by natural gas and the body, and the coffin which is often made from finite resources, must burn for around two to three hours to be turned into ashes. This requires more than 20 litres of fuel and, on average, results in 160 kilogrammes of CO2 emissions.

"Alternatives to cremation are now available including a new technique called Resomation.

"Currently legal in some US states, but not yet available in the UK, Resomation still requires fuel to run, but according to its developers, reduces carbon dioxide emissions by 35 per cent compared to cremation and prevents mercury emissions entirely.

"Another option, available in Sweden and Scotland although not in the rest of the UK, is promession.

"The technique was developed in Sweden by biologist Susanne Wiigh-Mäsak, with the specific aim of returning the body to the lifecycle through aerobic decomposition.

"The body is frozen with liquid nitrogen down to about -190 degrees Celcius. At that stage, it's extremely brittle and vibration is applied to break it into smaller pieces before withdrawing the water, leaving only the organic remains which are put into a sealed, biodegradable coffin.

"At that stage the choice can be made to undertake further cremation or to bury the coffin in a shallow grave in the top 50 centimetres of soil which would return the body to the soil in six to 12 months.

"Natural burial grounds are also on the increase with 267 natural burial sites now on the books at the Natural Death Centre – though not all are operational.

"One of the biggest stumbling blocks to more environmentally-friendly funeral choices seems to be people's lack of willing to discuss their death.

"A recent study conducted by ComRes for Dying Matters found that only 33 per cent of Brits have spoken to their partners about the type of funeral they would like. One of the reasons so many people are cremated or buried in a cookie-cutter service is that people are afraid to talk about death – so even someone who is as green as can be while living leaves no instructions for a green funeral."

Organised by the University's Public Engagement with Science Unit, Café Scientifique takes place once a month until October in the Costa Coffee area of Waterstone's Union Bridge branch.

Other topics to be highlighted at the events include an insight into how what we eat is impacting on climate change, and how technology saved the 700 passengers who survived the Titanic disaster.

The full programme of Café Scientifique sessions can be found at http://www.cafescienceaberdeen.co.uk/