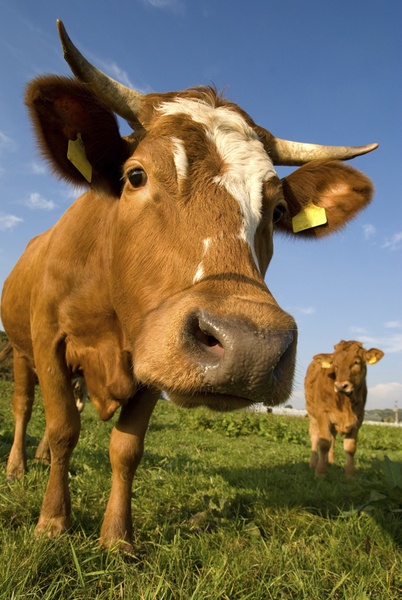 Researchers investigating the risk of E coli O157 in the countryside as part of the UK research councils’ Rural Economy and Land Use Programme, say that simple measures and coordinated action from the relevant authorities could play a major role in keeping children and other vulnerable groups safer.

Academics from the universities of Aberdeen, Bangor and Manchester and the London School of Hygiene and Tropical Medicine, have been researching how the bacterium behaves in the rural environment, and the part that farmers, abattoirs and the public could play.

Although some of the most high-profile outbreaks of E. coli O157-related disease have been found to originate in contaminated food, since the mid-nineties the bacterium has also been commonly associated with environmental sources, including farm animal faeces and private water supplies.  This has prompted growing concerns about the risk in rural areas, particularly to young children.  But the researchers found low awareness of the problem among visitors to the countryside, who may be particularly vulnerable to illness.

This is worrying as there may be specific risks associated with, for example, camping in fields where animals have recently been grazing.  E coli bacteria can also persist on stiles and fence posts, where tourists may be placing their hands when out walking and having picnics.

Some geographical areas seem to have a higher prevalence, perhaps because of varying levels of the bacteria carried by farm animals.  For example, the researchers compared Grampian with North Wales and found that people in the Scottish study area were four times more likely to fall ill.

People working in agriculture appear to build up some immunity, but children are at higher risk because of their immature immune systems, so it is particularly important for both rural-dwelling and visiting youngsters to take appropriate precautions.

Dr Norval Strachan from Aberdeen University who led the research said: “This project was innovative because we didn’t simply look at how the E coli O157 bacterium behaves in the environment, but also at how human behaviour can influence the risks it poses.

"Thorough hand washing is an effective way for an individual to reduce their own risk after going out into the countryside (particularly where there are animals or their faeces) and before eating.  Both visitors to the countryside and rural dwellers need to be aware of the dangers.

"We recommend that local and national authorities should take more coordinated action to raise awareness, and targeting carers of young children and those responsible for running playgroups and toddler activities could have a particularly beneficial effect."

1      A new policy and practice note about the results from the research may be found on the Relu website.  More information about the project is also available.

2     The Rural Economy and Land Use Programme is an interdisciplinary collaboration between the Economic and Social Research Council (ESRC), the Biotechnology and Biological Sciences Research Council (BBSRC) and the Natural Environment Research Council (NERC), with additional funding provided by the Scottish Government and Defra. See http://www.relu.ac.uk/ for more information about the Relu programme.