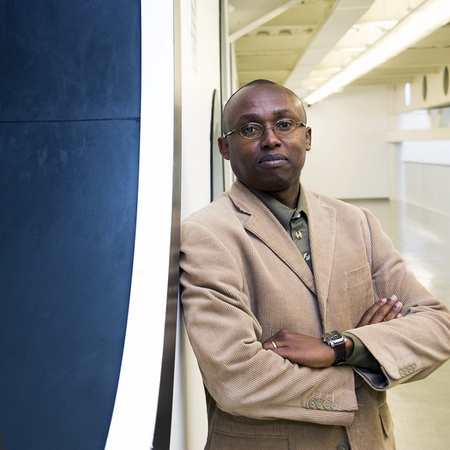 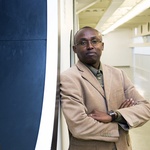 A joint bid by Aberdeen’s top sporting facilities to host the Cameroonian Olympic team prior to the London 2012 Games has been successful.

Following a recent visit by the Chef de Mission of the National Olympic Committee of Cameroon, Mr David Ojong, it has been announced that 60 Cameroonian athletes and staff across 11 sports will come to the city for their Pre-Games Training Camp between 2 and 16 July 2012.

The Cameroonian team will be based at Aberdeen Sports Village - which is a collaboration between the University of Aberdeen, Aberdeen City Council and sportscotland – and at RGU: SPORT.

The two facilities launched their bid in August 2011. It was carried out in partnership with Aberdeen City Council, sportscotland and the Aberdeen Convention Bureau who supported in the following ways:

Today’s announcement follows Mr Ojong’s visit to Aberdeen  on Tuesday November 8 when he met with officials to discuss details of the proposed Camp including training facilities, transport, accommodation and community involvement. Upon completion of his tour, he commented that he was very impressed with the standard of facilities available at the venues and was optimistic that he would be able to solidify an agreement.

Aberdeen City Council's chief executive Valerie Watts said: "By working in partnership we have successfully secured funding for this bid and as the country prepares for the Olympic and Paralympic Games our schools and community programme will encourage the whole community to access sporting opportunities which will hopefully encourage a life-long interest in sport and the benefits it brings.  It also helps bring the excitement and thrill of London 2012 closer to home."

Minister for Commonwealth Games and Sport Shona Robison added: “Securing pre-Games Training Camps not only gives Scotland the opportunity to showcase our facilities but also allows us to promote our nation and its people as a place to visit and do business for both London 2012, Glasgow 2014 and beyond.

“I am delighted that the world class sports facilities in Aberdeen will be playing host to the Cameroon team and I look forward to welcoming them to the north of Scotland. I hope this encourages other teams to look to Scotland as a training base not just for London 2012 but also for the Commonwealth Games, ensuring all of the country will feel the benefits and be part of the excitement associated with both sets of Games.”