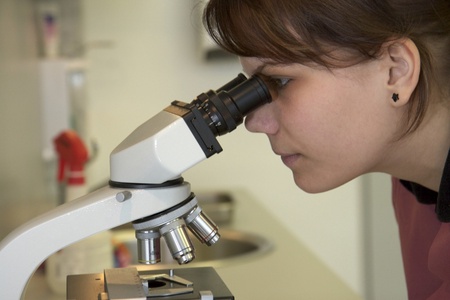 CRANES (Cancer Research Aberdeen & North East Scotland) was established in July 2003 with a mission to raise funds in support of locally based research into the causes and prevention of all forms of cancer.

The latest round of grants, amounting to £216,553, will pay for research projects into prostate, lung and skin cancers.

The prostate cancer study will be led by Thomas Lam, Senior Lecturer and Consultant Urological surgeon, Academic Urology Unit at the University of Aberdeen, and aims to ensure that the opinions of patients and their families have been considered fully in trying to understand what outcomes are important in the treatment of prostate cancer, which affects so many families in the North-east of Scotland.

This research will also establish a strong foundation for better understanding of important outcomes in the treatment of the other urological cancers (bladder, kidney, testicular and penile) and has the potential to firmly establish the North-east as an international leader in patient-focused research aimed at improving cancer care.

The project has been awarded £176,903 over three years by CRANES.

The skin cancer research will be carried out by Peter Murchie, a GP and senior lecturer at the university’s Centre of Academic Primary Care, who has carried out a considerable amount of work around melanoma, one of the fastest growing cancers in Scotland.

Research has already shown that people who had had their melanoma treated by their own GP were just as likely to have it treated properly as those who had waited to have the procedure done in hospital, which suggests that more skin surgery could be done by GPs in the future, leading to quicker diagnosis for patients.

The grant will be used to link a database of every case of melanoma diagnosed in the North-east between 1991 and 2008, with information held by the Scottish Government.

This will allow the team to explore additional areas, such as comparing patients from rural and urban parts of the country.

Dr Murchie added: “The grant from CRANES will allow us to carry out additional research and answer a number of key questions about patients with melanoma, and we believe the answers to these questions will have very important implications for the way services in the North-east should be organised in the future.”

The lung cancer study will be led by Dr Marianne Nicolson, Consultant Medical Oncologist at NHS Grampian, which will look into patients with lung cancer who develop secondary cancer in the brain.

The research will help to shape personalised treatment for patients.

Dr Nicolson hopes to complete the study by late 2012.

CRANES chairperson Gladys Sangster said: “We are delighted to be able to award these three very important and worthwhile research projects grants from CRANES, which exists specifically to support cancer research here in the North-east of Scotland. While there have been advances in cancer research there is still so much we do not know or understand so it’s vital to keep raising money to allow this work to continue and help to shape care and treatment for cancer patients, and hopefully one day a cure.”

Previous grants have included £140,000 to the Colorectal Unit and Chest Clinic at Aberdeen Royal Infirmary, which enabled the purchase of endoscopy simulators; £115,000 to the University of Aberdeen for a study on the effects certain foods have on the colon; and £10,000 to launch a 'Future Leaders in Cancer Research Fund', which will enable the brightest medical students to work on a research project or visit a lab overseas.