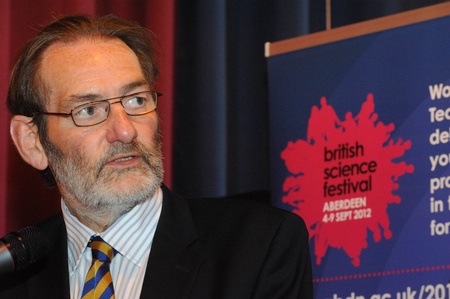 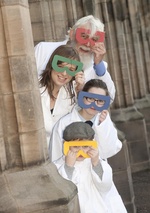 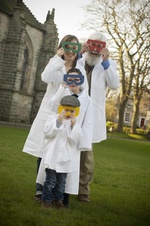 Major energy sector multinationals have thrown their weight behind the national celebration of science which will headline the North-East calendar this year.

The British Science Festival – Europe’s largest and most high profile public science event – will come to Aberdeen in September 2012, for the first time in almost 50 years.

Organised by the British Science Association, the University of Aberdeen and Techfest-Setpoint, the British Science Festival brings more than 350 of the UK’s top scientists, engineers and commentators together to discuss the latest developments in science and technology with the public.

Already signed up to take part in this showcase of UK science, which is being jointly supported by BP and Shell U.K. Limited, is author Bill Bryson, renowned for his bestselling science book A Short History of Nearly Everything and for winning the 2005 EU Descartes Prize for science communication.

Super-sceptic Richard Wiseman will also be joining the fray, debunking paranormal phenomena and taking a humorous sideswipe at the ‘unexplained’.

Tens of thousands of visitors are expected to attend a wide variety of events – from hands-on family days, to debates on current hot topics and unique opportunities to question the UK’s top scientists.

During the Festival week, families, school groups, and people of all ages come together to:

Sir Roland Jackson, Chief Executive of the British Science Association, said: “We are thrilled to be returning, on our fifth visit since our formation in1831, to Aberdeen; a diverse city with thriving cultural and educational institutions. This major national event couldn’t take place without the support of organisations like BP and Shell, as well as the local delivery partners.”

Glen Cayley, Vice President – Technical, Shell U.K. Limited, said: “Shell are very excited that the British Science Festival is coming to Aberdeen and proud to have been able to play a part in bringing it here.  We are sure that it will give a huge boost to science, technology, engineering and maths - subjects that are vital, not just to our industry, but to the whole country.  Aberdeen is a centre of science excellence, so it is wonderful that the Festival will be here.”

Tim Smith, Vice President, Communications & External Affairs, BP North Sea, said: “The British Science Festival offers an unrivalled opportunity to showcase some of the scientific talent and ingenuity that we have both in Aberdeen and throughout Scotland. I am delighted that BP are supporting the return of this major festival to Aberdeen, after an absence of nearly 50 years, putting Scotland once again at the heart of scientific activity and debate.”

“We are proud to be at the heart of the British Science Festival and are delighted that two industry leaders, BP and Shell, are backing what will be a fantastic event for Aberdeen and which will inspire the next generation of scientists, engineers and technologists.”

Sarah Chew, Co-Managing Director, TechFest-SetPoint, added: “We are looking forward to working with the British Science Festival to build on the success of our annual TechFest In September event, which attracted more than 20,000 visitors in 2011 and aims to highlight the importance of STEM subjects in everyday life for children, teenagers and adults. We are excited about the additional impact and new dimensions the British Science Festival will bring to local audiences.”

Almost every year since 1831, when the British Science Association was founded as the British Association for the Advancement of Science, the Festival (previously known as the Annual Meeting) has taken place at a different location around the country. During that time, Aberdeen has hosted the Festival four times – in 1859, 1885, 1934 and 1963.

The Festival has been the stage for many iconic moments in history – such as the first use of the word ‘scientist’ (in 1834) and the famous debate about Darwin’s controversial theory of evolution between Thomas Huxley and the Bishop of Oxford (in 1860).

About the British Science Festival

The British Science Festival is one of Europe’s largest science festivals and regularly attracts over 350 of the UK’s top scientists and speakers to discuss the latest developments in science with the public. Over 50,000 visitors regularly attend the talks, discussions and workshops. The Festival takes place at a different location each year and was last held in Aberdeen in 1963. Sponsored by BP and Shell U.K. Limited, the 2012 Festival will take place from 4 - 9 September hosted by the University of Aberdeen. For further information, visit www.britishscienceassociation.org/festival.

About the British Science Association

The British Science Association is the UK's nationwide, open membership organisation which provides opportunities for people of all ages to learn about, discuss and challenge the sciences and their implications. Established in 1831, the British Science Association organises major initiatives across the UK, including National Science & Engineering Week, the annual British Science Festival, programmes of regional and local events, and an extensive programme for young people in schools and colleges. The Association also organises specific activities for the science communication community in the UK through its Science in Society programme. For more information, please visit www.britishscienceassociation.org/