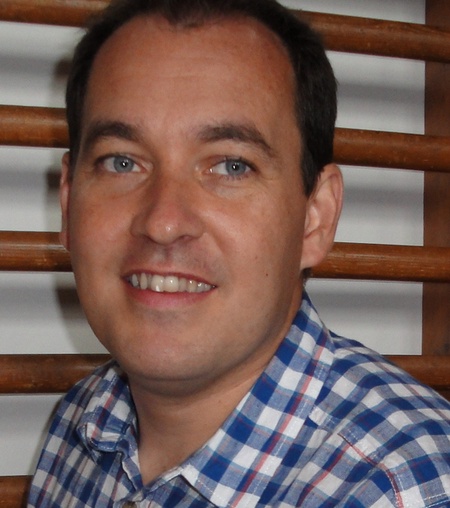 From breaking international news to revealing celebrity secrets, Twitter is firmly embedded in contemporary society as a means to quickly share information on a global scale.

But does this seemingly modern day phenomena actually simply reflect the way species across the animal kingdom have been communicating for decades?

Dr David Lusseau, from the University of Aberdeen’s School of Biological Sciences has spent ten years, researching social conventions of the animal kingdom.

His work – which has included investigations into communities of dolphins, whales, primates, and ungulates - has revealed that social networks operate in the same way across all species – including humans.

His studies have shown that the immediate and efficient sharing of information which is achieved through social networking sites such as Twitter and Facebook actually reflects the  mechanisms animals across various species have always used to gather information about their social environment.

Dr Lusseau will share his findings in a free talk in Aberdeen next week which takes place as part of the University of Aberdeen’s Café Scientifique series.

He said: “Social networks are the same across all species, and whilst details of their structure may differ, some properties remain the same whether we are looking at killer whales, spider monkeys or indeed humans.

“For example the famous concept of six degrees of separation– the idea that everyone is linked by common acquaintances to any other person on Earth – holds true across the animal kingdom.

“Our studies into animal populations showed the “small world effect” is prevalent in the animal kingdom.

“Also we see cliques form in different species of animals in the same way as we ourselves experience in our day to day lives.

“In my talk I will explain that the driver behind the formation of social networks in the animal kingdom is information gathering. This information differs between species and populations – so it could be where food is, where predators are, or how strong you are in comparison to the other animals around you which would make you more of less likely to win in a fight.

“Schools of dolphins provide an example of this. As individuals, dolphins have their own daily needs to fulfil, such as resting and eating, but they are also concerned with what they should do next as a group.

“We find that group leaders can emerge simply in particular cases because they might know the current context better than other members of the group. They will use visual cues to guide the timing of activities.”

He said: “The major advantage of Twitter and Facebook is the speed at which they allow information to be shared between people on a worldwide scale.

“Importantly they have liberated the way we communicate with one another. Where once upon a time we would rely on newspapers or broadcast news to bring us the latest happenings from across the globe, we can now transmit this information to one another at the touch of a button. “Information flow has been traditionally institutionalised to control it in one way or another. The liberalisation of information sharing that social media offers quickens the pace at which individuals can gather information.

“Prime examples of this are the Arab Spring and the London riots where people were using tools like Twitter to communicate more efficiently than others using more traditional means of communication.

“In this way the social networking technology most of us now employ on a daily basis helps us to behave at a global scale in the same way we do with people we see everyday. It’s allowing us to share information with one another in the way that animals across the kingdom have always communicated, the only difference being that we can do it on this on a global level.

Organised by the University's Public Engagement with Science Unit, the series of free talks will take place once a month until October in the Costa Coffee area of Waterstone’s Union Bridge branch.

Other topics to be highlighted at the events include an insight into how what we eat is impacting on climate change, and how technology saved the 700 passengers who survived the Titanic disaster.

The full programme of Café Scientifique sessions can be found at http://www.cafescienceaberdeen.co.uk/.